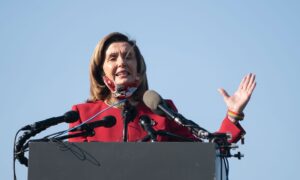 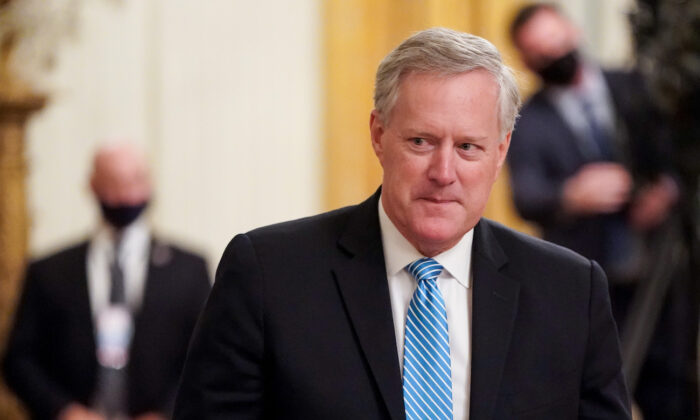 White House chief of staff Mark Meadows in the East Room of the White House in Washington, on Sept. 23, 2020. (Joshua Roberts/Getty Images)
Politics

The Trump administration has proposed including a $20 billion extension in aid for the battered airline industry in a new stimulus proposal to House Democrats worth over $1.5 trillion, White House chief of staff Mark Meadows said on Wednesday.

“There’s $20 billion in the most recent proposal for the airlines that would give them a six month extension,” Meadows told reporters aboard Air Force One, noting that the industry was in urgent need of support.

American Airlines and United Airlines, two of the largest U.S. carriers, said they were beginning furloughs of over 32,000 workers on Thursday as hopes faded for a last-minute bailout from Washington. U.S. airlines have been pleading for another $25 billion in payroll support to protect jobs for a further six months after the current package, which banned furloughs, expired at midnight EDT.

Meadows declined to provide the total value of the White House’s latest proposal but said the figure is “certainly above the $1.5 trillion that has been articulated to date.”

“As you get above $1.5 trillion, it gets extremely difficult to justify based on the facts,” he cautioned, explicitly stating that $2 trillion was too much. “If it starts with a 2, it’s going to be a real problem,” he added.

Speaking on a flight to Washington from the swing state of Minnesota where President Donald Trump had headlined a rally ahead of the Nov. 3 presidential election, Meadows said he was hopeful talks will continue with Democrats on Thursday.

Meadows also told reporters that a stop-gap spending bill approved by the Republican-controlled Senate and the Democratically-led House to fund the government through Dec. 11 had been received by the White House.

Trump signed the bill in the early hours of Thursday.