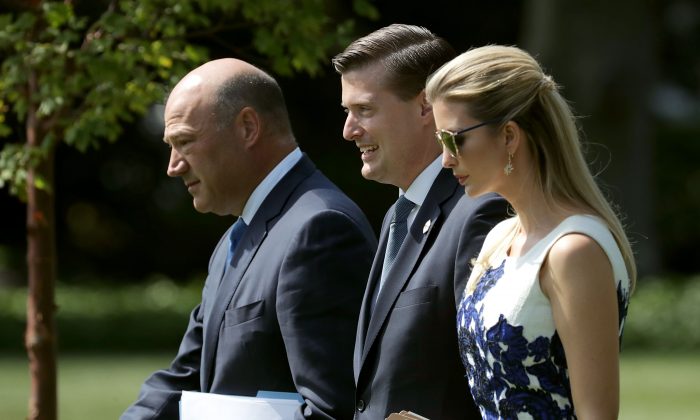 He did not say when his resignation would be effective.

Porter, a senior adviser who is in charge of much of the documentation that goes to President Donald Trump for his signature, announced his resignation in a statement after his former wives made accusations against him in published reports.

“These outrageous allegations are simply false,” Porter said in a statement released by the White House.

“I took the photos given to the media almost 15 years ago, and the reality behind them is nowhere close to what is being described.

His first wife, Colbie Holderness, provided these photos from a vacation they took together in Florence, Italy: pic.twitter.com/tl3TbyGA8Y

“I have been transparent and truthful about these vile claims, but I will not further engage publicly with a coordinated smear campaign.”

Porter said he would “seek to ensure a smooth transition when I leave the White House.”

The accusations against Porter were a surprise to many at the White House, who have seen the lanky aide as a mild-mannered, easy-going adviser.

Porter had not yet been approved for a security clearance. White House spokeswoman Sarah Sanders said issues related to an individual’s suitability are reviewed through a thorough and lengthy background check process.

“Background checks involve a complex investigation run by intelligence and law enforcement agencies. As has always been our policy, we do not comment on security clearances. Rob Porter has been effective in his role as Staff Secretary. The President and Chief of Staff (John Kelly) have full confidence in his abilities and his performance,” she said.