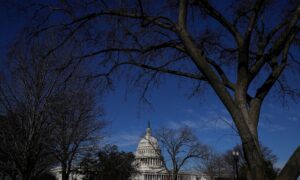 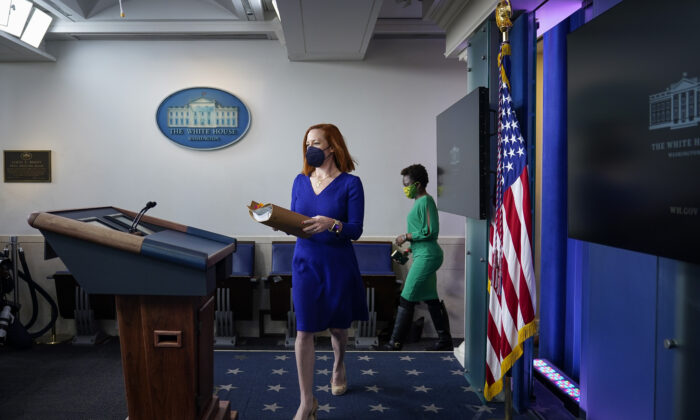 There will be no announcement this week on who the future nominee to head the Office of Management and Budget (OMB) might be, according to White House press secretary Jen Psaki.

“Given Neera Tanden withdrew her nomination just last night … you should not expect any announcements on a future nominee this week,” Psaki told reporters during a March 3 briefing.

Psaki said the withdrawal was a decision made by Tanden herself, not the White House. Tanden is the first nominee who has failed to be confirmed for Biden’s Cabinet.

“She certainly saw that the path to her own confirmation was narrowed and did not look like there was a path forward,” Psaki said. “I’m not going to get into the details of who was or wasn’t against her … it was a recognition that Neera Tanden made.”

According to The Associated Press, the apparent frontrunner on Capitol Hill to replace Tanden is Shalanda Young, a former staff director for the House Appropriations Committee. Young appears to have bipartisan support, and House Democratic leaders on March 3 announced their support for her.

In a March 2 statement, President Joe Biden said he accepted Tanden’s request to withdraw her name, noting that he still wanted her to give her a position in his administration. Biden didn’t indicate what that future position for Tanden would be.

“I have accepted Neera Tanden’s request to withdraw her name from nomination for Director of the Office of Management and Budget,” Biden said. “I have the utmost respect for her record of accomplishment, her experience and her counsel, and I look forward to having her serve in a role in my Administration. She will bring valuable perspective and insight to our work.”

Last week, two Senate committees delayed confirmation votes for Tanden, signaling that party leaders believe there wasn’t enough support for the nominee. Committee votes are required to advance a nominee to the Senate floor to face approval by all 100 senators.

With the Senate split 50-50, Vice President Kamala Harris could have cast a tie-breaking vote in Tanden’s favor. But that wasn’t an option after moderate Sen. Joe Manchin (D-W.Va.) said he wouldn’t vote to approve Tanden.

Manchin’s defection had sent the White House and Tanden scrambling to find one Republican backer. But they ultimately came up empty-handed, even after a last-minute meeting with Sen. Lisa Murkowski (R-Alaska) on March 1.

Some Republicans have said they won’t back Tanden, noting her numerous incendiary statements that had insulted conservatives, including sitting lawmakers. She has called Sen. Tom Cotton (R-Ark.) a “fraud” and alleged that Sen. Mitch McConnell (R-Ky.) was beholden to Russia. In addition, she wrote in an essay that opposition to abortion became “successful as a political cudgel, helping isolate extreme anti-choice advocates from the mainstream.”

Tanden apologized for her past statements and defended deleting hundreds of tweets. “I think the last several years have been very polarizing, and I apologize for my language that has contributed to that.”

Tanden is the leader of the center-left think tank the Center for American Progress.