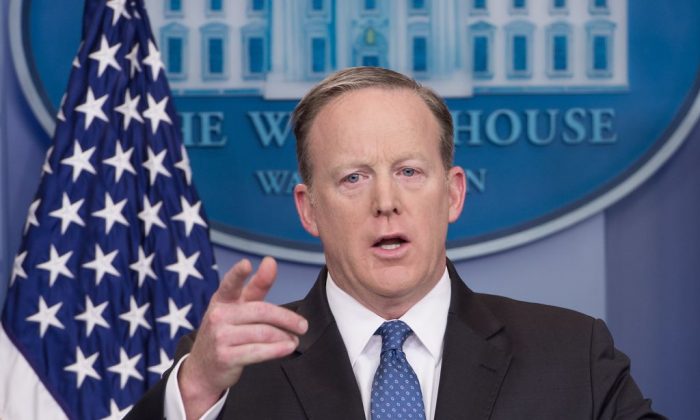 WASHINGTON—The White House on Tuesday blamed the chemical weapons attack in Syria’s Idlib province directly on the government of President Bashar al-Assad and said the incident was “reprehensible and cannot be ignored by the civilized world.”

“These heinous actions by the Bashar al-Assad regime are a consequence of the last administration’s weakness and irresolution,” White House spokesman Sean Spicer told a briefing. “President Obama said in 2012 that he would establish a ‘red line’ against the use of chemical weapons and then did nothing.”

Spicer declined to say what the Trump administration would do about the attack but he added that the president had spoken on Tuesday with his national security team about the issue.