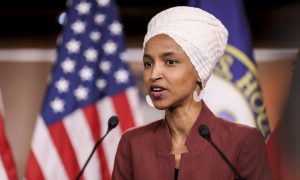 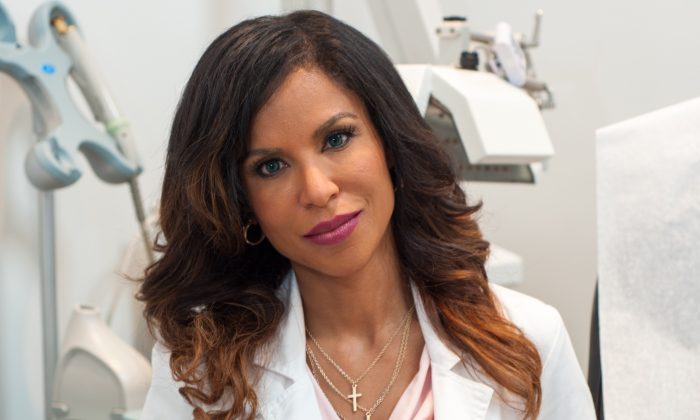 In connection with a lawsuit for child custody, a former employee of the Los Angeles County Department of Children and Family Services (DCFS) asserts in a July 2019 affidavit obtained by The Epoch Times that the agency falsifies evidence to justify taking children from their parents.

In addition, a DCFS caseworker alleges that the department interfered in the case by removing the caseworker’s notes from her report in the custody case, according to text messages and court transcripts obtained by The Epoch Times.

“I want to bring awareness. This is the epitome of corruption and abuse of power. I have to pay to see my children,” Spell told The Epoch Times. Spell noted that the late social worker Barbara Smith, who worked on her case, had eight pages of notes removed from her report by a supervisor; the notes were later recovered, at least in part. “In court, my attorney asked for it to be produced. They never produced all of those pages.”

Spell has also filed a writ of habeas corpus to return her children to her.

“Susan is a physician in L.A. County. She went to pick her kids up from school one day, only to find that DCFS removed them,” Spell’s lawyer Stephen Lamont told The Epoch Times. “DCFS convinced the school they had a warrant. They did not have a warrant. They tried to get a warrant but it was denied. They said there was a restraining order against Dr. Spell, but that never existed.”

“They gave the four kids to a non-biological stepfather,” Lamont said. “She’s been fighting these issues for at least three years. They didn’t have a warrant to remove the kids from school, so that’s a 14th Amendment violation.”

Spell, who went to Harvard Medical School, said that she had four children with a sperm donor. Three of those children, 14-year-old twin girls and a 9-year-old son, are now with Brian Evans, Spell’s plastic surgeon ex-husband, but Spell’s 18-year-old son is back with Spell.

Spell accused her ex-husband of abuse of the children, but DCFS continually labeled claims against him as “unfounded.” Spell’s lawsuit states that her ex-husband was a DCFS expert witness for 10 years, and that one of her children identified a DCFS caseworker as her ex-husband’s girlfriend.

The caseworker admitted in a court proceeding that she spent private time in the ex-husband’s bedroom, but denied a relationship of a sexual or romantic nature, according to the lawsuit.

Requests made by The Epoch Times to Spell’s former husband at his listed place of employment and on his business website for comment for this report went unanswered.

The declaration of Melinda Murphy, a former DCFS employee, and text messages from the late Barbara Smith, Spell’s caseworker, sheds new light on the agency’s tactics.

Murphy told The Epoch Times that she worked at DCFS for “just shy of 10 years” in “various capacities” and observed misconduct.

“If one social worker didn’t like another, she would recommend the kids would not go home,” Murphy told The Epoch Times. “A supervisor would say we are never sending these kids home, no matter what. That’s not the way it was supposed to be done. I would say 30 percent of all the cases were marked by departmental or personal or political biases.”

Murphy testified in her affidavit in the Spell case that she was being trained as a supervising children’s social worker of the Los Angeles County DCFS, from which she resigned.

Murphy said in her affidavit that her trainer told her and others on their first day of training, “We should be ashamed of what we have done to some of the families that we have sworn to serve.”

“During my training, my observations, and in my work experiences, I learned that the DCFS does not have a mechanism for backing down and, has a tendency, even if the parent is innocent, to make them appear guilty in some way, and that includes perjuring testimony, falsifying reports, and fabricating evidence to justify taking children,” Murphy said in the affidavit.

“On or around April 5, 2016, I spoke exclusively to Barbara Smith, a social worker in case DK02119, involving Susan’s children. … She stated that she planned to testify about the truth, despite her suffering reprisal. Ms. Smith disclosed that her documentation in the DCFS file was deleted regarding her questioning the children’s safety with Brian Evans, the father,” Murphy said in her affidavit.

Spell’s text messages with Smith detail Smith’s belief that the department interfered in the case and showed bias against Spell.

“Yes they probably deleted my notes,” Smith says in the text messages. “Which is illegal. … I had 8 pages of notes.”

“She lied. Unacceptable behavior and she should be reported to internal affairs. She should be investigated,” Smith said of Adrian Hawkins, a supervising children’s social worker whom Lamont identifies as the official who deleted Smith’s notes.

“Smells like cover-up to me,” Smith said. “Only wla [West L.A.] info is getting to court, it seems!”

“Those workers are biased against you and that’s not fair to you to keep asking to get the case out of West LA,” Smith told Spell.

Smith testified in Los Angeles Superior Court in 2016 that eight pages of her notes were removed from her report after she gave it to a supervisor to send to the regional office, and that caused her concern, according to court transcripts, which show that approximately seven pages of the notes were recovered and presented as evidence in that court proceeding.

Spell’s son Nicholas Evans made a declaration presented as an exhibit in Spell’s habeas corpus case, in which Nicholas stated, “My minors counsel heard my request to testify on Adrian Hawkins, social worker, and [stepfather] Brian lying on my mother, bragging that she will mark all of my siblings and my reports of Brian’s bruises as false.”

“I gave minors counsel a letter that I wrote to the judge, because it was vital that he knew that I heard Adrian/Brian’s plan to tell lies on my mother to take us from her. I felt helpless and suicidal over Adrian not protecting us from Brian ad (sic) she told lies that we made up his abuse to stop other social workers, police and the judge’s from protecting us too,” Nicholas Evans said in his declaration.

“They extorted her,” Spell’s lawyer Lamont says, referring to Spell’s legal fees from her time using a court-appointed lawyer. “It’s a racketeering scheme. They claim that if you don’t pay this $550,000, you will never see your kids again. That money goes to fund the enterprise. … It’s consistent in all the cases where the parent has a good deal of money.”