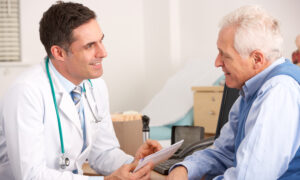 Checking the Engine: Telling the Truth to Your Doctor and Other Tips
0
Share Now
TelegramFacebookTweetEmailTellMeWeReddit
Copy Link 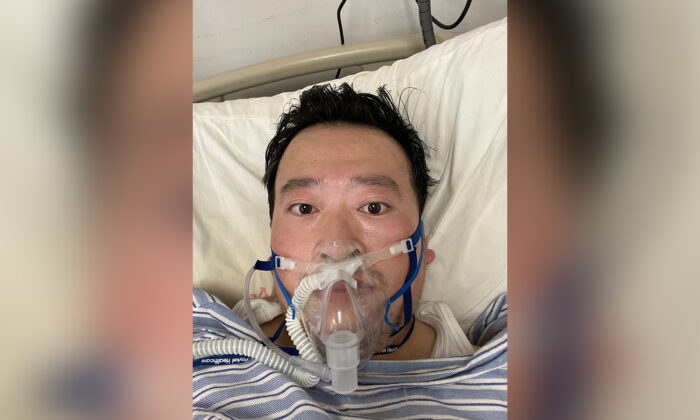 This post has been updated to include the latest reported information from Chinese state media.

Li Wenliang, one of the eight whistleblowers who first publicized information about a “SARS-like” outbreak in December 2019 but was later reprimanded by Chinese authorities, died of the coronavirus on Feb. 7 morning, according to state media. He was 34.

He and several doctors in Wuhan, the epicenter of the outbreak, alerted the public about the illness before authorities confirmed it.

State media initially reported around 9:30 p.m. Thursday evening that Li died. However, at 2:25 a.m. Feb. 7, Chinese media Caixin published a report, citing sources at the hospital where he was being treated, that Li was still being resuscitated. The report said Li received an extracorporeal membrane oxygenation (ecmo) operation at 9 p.m. Thursday.

At midnight, nurses in the hospital said he was still alive but in critical situation.

At 3 a.m., netizens began to complain that Chinese censors were removing news articles and social media posts related to Li’s death. In a social media post published shortly before 4 a.m., People’s Daily reported that he died at 2:58 a.m. Friday.

Back in late December, Li posted a message on WeChat, a popular social media platform, about seven patients at Wuhan Central Hospital, where he worked, who were diagnosed with a pneumonia-like illness and under quarantine. He published the message on a chat group created for alumni of his medical school.

Li, an ophthalmologist, wanted to warn his former classmates and friends about the illness because all seven patients had visited the Huanan Seafood Market. Chinese authorities have since said the market could be the source of the outbreak, though they are still investigating.

A screenshot of his message went viral on the Chinese internet within hours.

According to state-run media Beijing Youth Daily, Li was summoned by officials at his hospital and asked to explain the situation on Dec. 31. Later that day, the Wuhan city government announced that there was an “unknown pneumonia” outbreak.

On Jan. 1, Wuhan officials said in a statement posted on Weibo, a Twitter-like platform, that they had “taken legal measures” against eight people, including Li, who had “spread rumors” about the disease, which “caused adverse impacts on society.”

Two days later, Wuhan police called Li to the police station, where he was reprimanded for “rumor-mongering.” Li was forced to sign a “confession statement,” in which he promised that he won’t commit further “unlawful acts.”

After being released from the police station, Li was allowed to return to work. One of his patients was infected with the coronavirus, who transmitted the virus to him.

On Jan. 10, Li began coughing. On Jan. 12, Li was hospitalized. His condition deteriorated quickly. He was soon on oxygen support and sent to the intensive care unit (ICU) for further treatment.

On Jan. 31, Li posted his first Weibo message since returning from the police station. From the ICU, he explained how the authorities pressured him to keep silent.

After that, Li appeared in several Chinese media interviews, repeatedly saying, “It’s very important to let the public know the truth,” in order to prevent more people from contracting the virus.

On Feb. 1, he was diagnosed with the virus. Both of his parents were also infected.

The 2019 novel coronavirus (2019-nCoV) is in the same family of pathogens as severe acute respiratory syndrome (SARS), a contagious disease that broke out in China and killed hundreds in 2003; and Middle East Respiratory Syndrome (MERS), a viral respiratory illness that killed more than 500 people worldwide since 2012.

The first Wuhan patient exhibited symptoms in early December. Weeks later, there was a case of human-to-human transmission.

But authorities did not inform the public that the virus was contagious until Jan. 20. The virus has since spread all across China and to dozens of countries, with more than 500 officially reported deaths inside China. Health experts and local residents have provided testimonials suggesting the true number of infections and deaths is far higher than what authorities are saying.