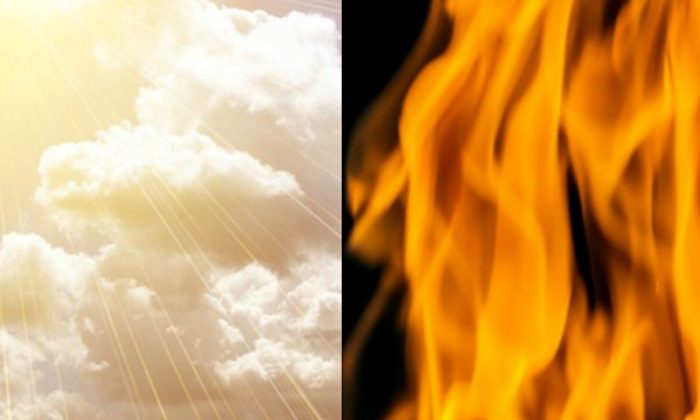 Some artists who have formed our popular culture have claimed divine inspiration, others connect more with the demonic, and some have tales of inspiration that are simply mysterious. Philip K. Dick, for example, wrote a book in a fit of inspiration only to find he'd written about people that actually exist, and that the same story was told in the Book of Acts, which he had never read. Where does inspiration come from? (Shutterstock*)
Beyond Science

Your grandparents may have told you that you listen to the devil’s music. Is it true?

Not only religious texts, but also many pieces of popular literature were penned by authors who claimed divine inspiration.

Sometimes a brilliant flash of artistic insight seems to come out of nowhere and take control of the artist—is it from the subconscious? Is it from the depths of the enigmatic human brain? Is it truly divine or demonic?

Here’s a look at the inspiration behind some popular artists.

The mystery goes further, as Dick describes in his 1978 essay titled “How to Build a Universe That Doesn’t Fall Apart Two Days Later.”

“Certainly, these are odd coincidences. Perhaps I have precognition. But the mystery becomes even more perplexing; the next stage totally baffles me. …

“One afternoon I was talking to my priest—I am an Episcopalian—and I happened to mention to him an important scene near the end of the novel in which the character Felix Buckman meets a black stranger at an all-night gas station, and they begin to talk. As I described the scene in more and more detail, my priest became progressively more agitated. At last he said, ‘That is a scene from the Book of Acts, from the Bible!'”

Dick checked and found the events matched up in great detail and even the names were repeated in his story and in the Bible.

Akiane Kramarik,11, has created masterpieces of great realism that have sold for thousands of dollars. She was raised atheist, but her mother is now believer after seeing the 11-year-old’s amazing paintings she says are created through divine inspiration.

“One day I had a dream of meeting God,” the young girl told Fox News in June. “I wasn’t quite sure. I had never met God, I had never been told about God.”

She started painting her visions of Jesus, angels, and other works. “When I started doing all these details, I was like, ‘How did that happen? How did God give me these ideas?'”

She said God gives her the ideas through visions and dreams, and that she has “a mission.”

Her mother described the girl’s accounts of her visions and spiritual calling as “very, very sophisticated.”

“Nobody else could have influenced her in that way, because we led a very closed life,” her mother said.

Dante Alighieri claimed he actually traveled down through the nine levels of hell, up through purgatory and into the nine levels of heaven. The fantastic experiences described in the first person in Dante’s “Divine Comedy,” were not meant as fiction, according to professor of literature at the University of Western Ontario James Miller.

The ancient Roman poet, Virgil, leads Dante down into the depths of hell. His love, believed to be based on the real person Beatrice Portinari, leads him into heaven. Beatrice embodies a love that is beyond the carnal, a love that is divine.

Black Sabbath and the ‘Devil’s Chord’

It was forbidden from being played in the Middle Ages by the Church; its dissonance was seen as evil. Before it was banned, it was often used to signal the appearance of evil in a musical piece—to represent the devil or the crucifixion, for example.

Iommi was looking for an evil sound and picked up on the chord. He’s not the only one, however. It has been used in jazz, blues, and metal music.

Jack Kerouac, ‘On the Road’

This father of the 1950’s/1960’s  beatnik subculture fervently pumped out his defining work “On the Road” in only a few weeks. He typed the entire draft on a single 120-foot-long piece of paper. Similar fits of inspiration came to Robert Louis Stevenson when he wrote “Doctor Jekyll and Mister Hyde” in six days, and to John Boyne when he wrote “The Boy in the Striped Pyjamas” in a few days, and to Elizabeth Jenkins when she wrote “The Tortoise and the Hare” in three weeks, and the list goes on.

“The Odyssey,” the Greek epic attributed to Homer, 8th century B.C., starts with an appeal to the muses. The muses were the common, divine, source of inspiration at the time: “Tell me, Muse, of the man of many ways, who was driven

far journeys, after he had sacked Troy’s sacred citadel.”

18th Century Russian literary great Fyodor Dostoyevsky was epileptic. He felt his seizures sometimes brought him an intense communion with the divine.  The late lead singer of the British punk band Joy Division, Ian Curtis, was also deeply impacted by epileptic seizures, but for him the experience was of a darker nature.