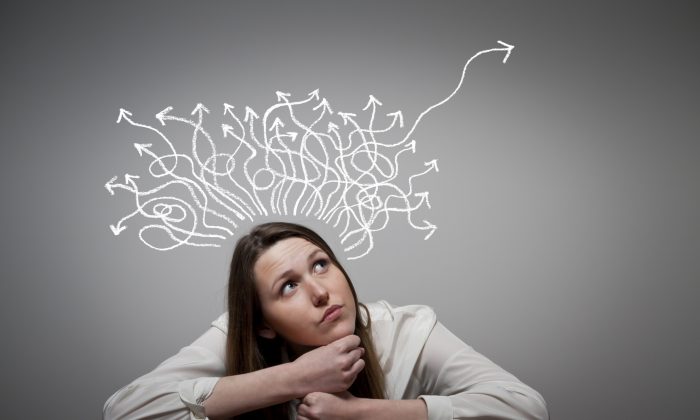 Where Do Our Thoughts Physically Exist?

Philosophers have wondered for ages how mind and matter relate to each other, and modern physics is chiming in on the debate. Here’s a look at a few theories about where or in what way our thoughts physically exist.

Noosphere, Related to the Internet

Teilhard de Chardin, a Jesuit priest and paleontologist, wrote of a conceptual “noosphere” in the first half of the 20th century. He predicted that at a future stage of humanity’s development a membrane containing our collective thoughts and experiences would envelope the world.

In “The Phenomenon of Man,” he wrote: “Is this not like some great body which is being born—with its limbs, its nervous system, its perceptive organs, its memory—the body in fact of that great living Thing which had to come to fulfill the ambitions aroused in the reflective being by the newly acquired consciousness?”

Many have made a connection between De Chardin’s noosphere and the Internet. Could the Internet be considered a realm in which our collective consciousness exists?

Thoughts Exist in Other Physical Dimensions

Bernard Carr, a professor of mathematics and astronomy at Queen Mary University of London, says our consciousness interacts with another dimension. Albert Einstein stated that there are at least four dimensions. The fourth dimension is time, or spacetime, since Einstein said space and time cannot be separated.

“The only non-physical entities in the universe of which we have any experience are mental ones, and … the existence of paranormal phenomena suggests that mental entities have to exist in some sort of space,” Carr wrote.

Dean Radin, PhD, has done studies to show our thoughts may have an effect on physical reality, but it may not be in the present or future as we expect. It is possible that our thoughts in the future affect our past reality, he says.

Radin is the chief scientist at the Institute of Noetic Sciences, a non-profit organization founded by Apollo 14 astronaut Edgar Mitchell and dedicated to consciousness research. Radin is also adjunct faculty in the department of psychology at Sonoma State University and he has held appointments at Princeton University and several Silicon Valley think-tanks among other institutions.

He has tested the ability of human intention to affect physical reality using a random number generator (RNG). He is not the only scientist who has used an RNG to test mind-matter interaction, but he is unique in his focus on the ability of future intentions to affect the past.

Most RNG tests focus on a forward-in-time, standard cause-effect model. A person has an intention and it is expected to affect the future result, or number generated. Radin opened his experiment to the idea that a future intention may affect past results and found “the observed results may be better modeled as a process running backwards in time from a future ‘target,’ rather than as a more complex process running forward in time trying to hit that target,” according to his study published in the Journal of Scientific Exploration in 2006.

“Some forms of apparent MMI [mind-matter interaction] may involve processes that are more consistent with retrocausal ‘pulls’ from the future than with causal ‘pushes’ from the present.”

Stanford University Professor Emeritus William A. Tiller hypothesizes that our thoughts have a physical effect on a “new level of substance … which appears to function in the physical vacuum (the empty space between the fundamental electric particles that make up our normal electric atoms and molecules).”

He says he has been able to measure this hitherto invisible substance, but only when it interacts with the substances we can conventionally measure. This interaction seems to occur when spurred by human intention, suggesting our thoughts physically exist in this realm.