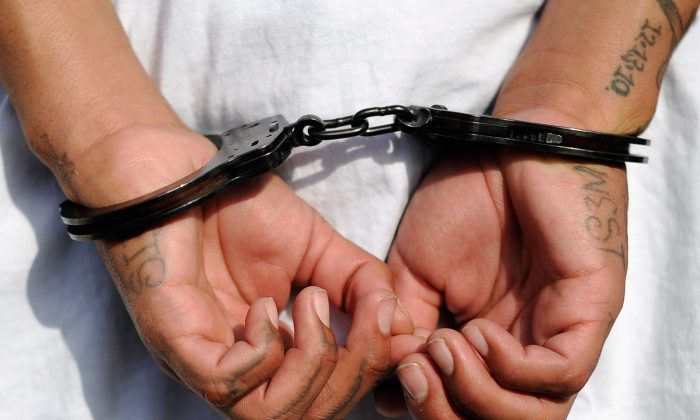 In Los Angeles last summer, gangs took to social media to threaten 100 days and 100 nights of gun violence after an initial shooting between rivals.

Social media is well-suited to gangs. Gang culture emphasizes toughness, respect, and image—traits that translate well to the Web.

Social media is well-suited to gangs. Gang culture emphasizes toughness, respect, and image—traits that translate well to the web.

The web is defined by weak regulation, anonymity, and rapid communication—making it an ideal venue for gangs to discuss illegal activities out of sight.

The threat posed by the nearly 800,000 known gang members in the United States is substantial, but the way gangs could use the Web to further their criminal activities is little understood.

To start to get a handle on the issue, we interviewed nearly 600 individuals, including 174 current gang members, 244 former gang members, and 167 offenders with extensive involvement in street crime in Cleveland, Fresno, Los Angeles, Phoenix, and St. Louis. We wanted to better understand how gangs and offenders use the Web.

Most Americans use the Web in daily life. Gang members are no different.

Eighty percent of individuals we interviewed—gang and nongang—maintain an online presence and use the Web in the same way that the rest of society does: emailing, banking, and shopping.

But gang members also engage in much higher levels of online crime and deviance than their nongang peers. They are more likely to illegally download music and videos, sell drugs and stolen property online, and harass others via the Web. These activities don’t include what may take place on the “dark Web.”

Not surprisingly, many gang-related activities online involve the posting of strong, graphic content featuring violent and criminal behavior. The brazen nature of much gang violence is illustrated by the number of times they capture their own crimes on video and post them to social media.

As one member told us, “Someone’s always got a phone recording. Anything you record goes on Facebook or YouTube.” Web-based behaviors may parallel the street behavior of gang members—with a strong expressive component reflecting the use of symbols, threats, and posturing common to gang life.

In our interviews, we learned it is not uncommon for adolescent gang members to taunt rivals by recording a video in a rival’s territory with defaced graffiti in the background.

The consequences of these behaviors are not trivial. They often provoke retaliation on the street. Social media is a vast echo chamber where trash talk and braggadocio reign supreme.

The problem with waging gang wars on social media is that tweets don’t go away and don’t conform to geographic boundaries. They leave a digital fingerprint and provoke cyclical rounds of retaliatory violence.

For example, consider the murders of Shaqon Thomas and Lil JoJo, gang members and rappers in Chicago who routinely posted and received threats of violence online. Lil JoJo was killed after tweeting an insult and his location.

Thomas rapped as Young Pappy. A video he posted on YouTube called “Killa,” which glorifies gang life, has been viewed more than 2.5 million times. Thomas was fatally shot after two failed attempts.

Social media can create an obligation to respond to public insults online with real-life violence. Our interviews suggest there is a strong parallel between behavior on the street and the Web, and that behavior can translate quickly from one to the other.

Technology also allows youth across the globe to learn how to behave like a gang member, to adopt and display gang styles, and to transmit such behavior to others.

Gang graffiti from Los Angeles is found in London, Oslo, and other international cities. While some of this is the transmission of “gang style,” imitating gang behavior can also mean imitating criminal activities.

Knowledge that gangs and gang members are on these sites also means that the Web can be more effectively incorporated into violence-intervention efforts by law enforcement and other groups.

Just as technology is often the problem, it can also be the solution. Many police departments such as Chicago, Philadelphia, New York City, and Los Angeles have begun paying more attention to social media and the role it can play in street violence.

Offenders have always adapted to their environment. Social media enhances the pace of that change and may make tracking gang activities more elusive.

Scott H. Decker is a foundation professor of criminology and criminal justice at Arizona State University (ASU). David Pyrooz is an assistant professor at the University of Colorado. Richard K. Moule Jr. is a doctoral candidate in criminology and criminal justice at ASU. This article was previously published on TheConversation.com