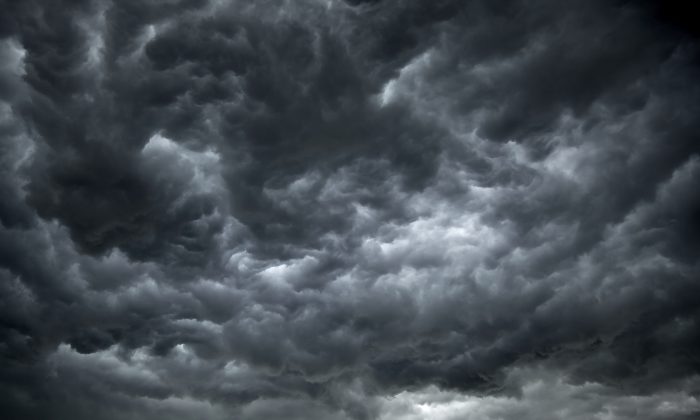 Of all the battles in all of history, it may be likely that at least some of them would involve dramatic weather events. Yet some of the details of such battles seem to align so perfectly that people have attributed the victories and defeats to divine intervention.

On Aug. 25, 1814, as the White House and other public buildings burned in fires set by the British, the sky blackened and a downpour doused the flames. The most destructive tornado Washington D.C. has seen touched down, and it killed more British soldiers than all the bullets fired by the American resistance, according to the National Weather Service.

Was it “just coincidence” or did the storm appear by divine providence at the right time?

British Admiral George Cockburn purportedly had a conversation with a local woman as he and the British troops fled the stormy city, recorded by meteorologists Kevin Ambrose, Dan Henry, and Andy Weiss in their book, “Washington Weather”:

Cockburn asked, “Is this the kind of storm to which you are accustomed in this infernal country?” The lady answered, “No, sir, this is a special interposition of Providence to drive our enemies from our city.” The admiral replied, “Not so Madam. It is rather to aid your enemies in the destruction of your city.”

This is a special interposition of Providence to drive our enemies from our city.

The water may have doused the flames and the tornado may have scared off the British, but the storm damaged the city at the same time, particularly the residential section.

It was an unusual weather event for Washington, D.C. Seven tornadoes have hit since, but none have done such damage. It is the only tornado that had fatalities.

King Philip II of Spain attempted to conquer England in the 16th century. Extraordinary storms dealt the final blow to the Spanish Armada, and many English saw them as miraculous. The storms were later called the “Protestant Wind,” suggesting the hand of God favored the English Protestants over the Spanish Catholics in the battle.

The storms were later called the “Protestant Wind,” suggesting the hand of God favored the English.

The Spanish were ill-prepared for taking on the strong English fleet, so the storms were not the only decisive factor in the face-off. But the storms certainly worked in concert with other factors to drive off the Spanish, and the drama of it all excited a feeling of divine intervention.

In 492 B.C., Greece was close to being overwhelmed by the great Persian force led by the Persian General Mardonius. But as the Persian forces sailed near Athos, a hurricane destroyed 300 ships, killing 20,000 men, as reported by the historian Herodotus.

This event did not prevent Persia from attempting to conquer Greece, it only stopped this one attempt. But this attempt may have been the only one that could have succeeded. The Greeks were able to ward off the Persians in subsequent battles.

As the Persians forces sailed near Athos, a hurricane destroyed 300 ships, killing 20,000 men.

From the perspective of the ancient Greeks, it may have seemed the sea god Poseidon was protecting them. Or, that the Persians were guilty of hubris—excessive pride often punished by the gods—in pushing through stormy seas with a sense of infallibility.

The sea in this area was notorious for hurricanes. Yet the timing of this particular hurricane was impeccable, and providential.

Legend has it that Genghis Khan used magic to influence the weather and confound his enemies with intense storms.

Last year, a study was published in the Proceedings of the National Academy of Sciences showing a less dramatic way in which the weather favored the Mongolian conqueror.

Khan’s rise coincided with a 15-year stretch of the mildest, wettest weather the region had experienced in more than 1,100 years. A period of extreme drought just beforehand may have spurred the conquests. The period of extreme moisture created fertile grasslands, perfect for feeding the Mongols’s horses and thus strengthening Mongolian forces.

The weather worked against Khan’s grandson, Kublai Khan, when he tried to conquer Japan on Oct. 29, 1274. “Were it not for two typhoons, Japan might be part of China today,” wrote Kerry Emanuel, a meteorology professor at the Massachusetts Institute of Technology (MIT), in his book “Divine Wind: The History and Science of Hurricanes.”

Were it not for two typhoons, Japan might be part of China today.
— Kerry Emanuel, MIT

“With fewer troops and inferior weapons, the Japanese were rapidly pushed back into the interior,” Emanuel wrote. But by nightfall, the Korean ship pilots on the Mongolian side sensed a storm approaching. The Japanese had hoped for a delay to allow reinforcements to arrive; instead they got a tempest that drove the Mongols off completely. Nearly 13,000 men died.