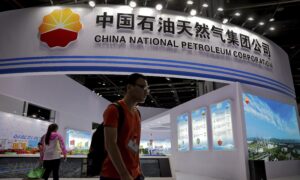 When a Woman’s Body Becomes the Domain of the State, Part II

By Gary Feuerberg
Print
WASHINGTON—Two days prior to President Obama’s departure for his Asian trip, which included four days in the People’s Republic of China, the Tom Lantos Human Rights Commission held a press conference and hearing, Nov 10, on China’s one-child policy. Chaired by Congressman Chris Smith from New Jersey, the participants at the press conference were hopeful their testimony on China’s coercive and often violent family population controls would reach the President and influence his discussions with Chinese communist leaders.

“…we appeal to President Obama: seriously raise the plight of Chinese Women who are every day cruelly and systematically assaulted by population control police. China’s population control policy is violence against women and violence against children—by the hundreds of millions. It is the worse violation of women’s rights in human history,” said Representative Smith.

Congressman Smith stressed that opposing forced abortion is not a partisan issue. Reggie Littlejohn, president of “Women’s Rights Without Frontiers,” said, “The one child policy is an issue about which pro-life and pro-choice people can agree. No one supports forced abortion, because it is not a choice.”

Part I on this coverage of the Lantos Commission hearing dealt with the trauma of undergoing a forced abortion through the testimony of an anonymous victim of the procedure. Those of us who were present at this heart-wrenching account of a young woman who bonded with her child-to-be and then, against her wishes, to have it destroyed, followed by tremendous feelings of guilt of being unable to protect her child, can only assume that this woman will be scarred for the rest of her life. Her story also dramatized many aspects on the one-child policy: China’s ubiquitous Population and Family Planning Offices (PFPO) enforcing draconian measures to meet population target guidelines, including beatings to her father.

Part II will discuss recently acquired evidence that indicate that the Chinese Communist Party’s statements that compliance with the one-child policy is voluntary are propaganda.

The impetus for this hearing was the revelation of new documentation of China’s one child policy, as it currently being applied today. Littlejohn’s organization, Women’s Rights Without Frontiers, partnering with the China Aid Association, obtained a copy of an electronic document that was leaked out in August that describes 14 cases of forced abortion, infanticide and other measures of coercive family planning.

“Case 12” aroused particular sympathy at the hearing because there was an attendant photo of the mother, looking very dejected, and a dead fetus lying next to her on the bed. In a village in Henan Province, Wang Liping, 23, became pregnant from her boyfriend but the couple had not completed marriage procedures because of their poverty. Her family was especially joyful about having a child born into the family. But the PFPO came to take her away in March 2008; she resisted and was beaten up. Without any examination, they forcibly induced labor and killed an “almost fully developed child” who was born and cried for some minutes before death. She passed out and when she woke up a doctor asked for money to “get rid of the fetus’ body.” She told him she had no money and so they used a plastic bag to wrap the baby and put it beside her, which was shown in the photo at the hearing. The hospital sent her another bill seeking payment.

Sometimes both the baby and the mother die from the forced abortion. This year, in Jingang, Hunan Province, Liu Dan and her fiancé could not marry because Liu was 21, an age too young to marry under China’s one-child policy. She became pregnant without a birth permit. She was forcibly taken to the Family Planning Center, where poison was injected through her abdomen into the fetus’ head, which kills it. The following day, Liu began to bleed. The Family Planning authorities would not send her to the hospital, but instead Liu was sent to the Center’s operating room to deliver the dead fetus, and no family member was permitted into the room. Finally, Liu’s fiancé suspected something was wrong, broke into the room where he found Liu bleeding badly. Family Planning still refused to make an emergency call until it was too late and Liu died.

Some facts were presented at the hearing that China’s one child policy is being relaxed or that compliance is even voluntary. Sometimes the Chinese Communist Party blames local officials applying coercive measures in violation of the law. CCP is attempting to soften its image, according to Ms. Littlejohn, who said the essence of the policy remains just as violent and that the CCP is being disingenuous. She cited evidence that the policy is mandated by Beijing, quoting a national spokesperson on the one-child policy that it would be in effect for at least another decade.

Toy Reid, Senior Research Associate for the Congressional-Executive Commission on China did extensive research on Chinese regime sources and found “The most invasive forms of coercion used to enforce birth limits—forced abortion and forced sterilization—remain commonplace in many areas of China.” He found language in the laws for the majority of the provinces that permit officials to use forced abortion and sterilization to ensure that birth quotas are not exceeded. Termination of pregnancy is even required in many provinces when the pregnant woman does not have a birth permit, or is unmarried, or violates the “out-of-plan” pregnancies as stipulated by law.

A common slogan in communist China goes: “It is better to have 10 more graves, than to have one ‘out of the plan’ child.”

Some provinces explicitly link job promotion to meeting population planning targets, according to Reid’s research. For instance, in Wuyishan county in Fujian Province, “Officials receive 15 points for completing tubal ligation targets for the year and 10 points for meeting IUD [intrauterine device] targets,” said Reid. Points are deducted for each child born out-of-plan. Thus, officials wanting to advance their careers have a structural incentive to use coercive measures, including forced abortion and sterilization.

Chinese authorities impose heavy fines to those who violate population planning policy. For instance, in Shanxi Province, for couples who have a second “out-of-plan” child, the couple must pay a fine equal to 20 percent of the couple’s combined income once a year for seven years, according to Reid. He said this fine poses as “a dilemma between an unwanted abortion and potentially overwhelming financial costs.” Littlejohn cited more exorbitant fees from a US State Department China report, which said couples pay fines for an unapproved child that sometimes reached 10 times a person’s annual disposable income.

In addition to the fines, out-of-plan illegal children are frequently denied the right of education, health care and marriage. We know this group of children exits from the May 12, 2008 Sichuan earthquake, when authorities relented on the one child limit for parents who lost their child in the disaster; the illegal second child was allowed to become legal.

Perhaps the most insidious aspect of China’s one-child policy is the putting into place a system of paid informants, who report on “out-of-plan pregnancies and the hiding places of violators of the one-child policy. For instance, in Yangxin county, Shandong Province, rewards can be as high as 3,000 yuan (US$439) for citizen informants,” according to Reid.

Throughout China are large signs in public areas reminding people of the presence of the PFPO. Translated from Chinese, one village had this sign: “Resistance to sterilization will bring nothing but detention; refusal to abort will lead to destruction of your house and confiscation of your cattle.” Another village displayed this sign: “Crackdown with no mercy on unauthorized births, violators who can make an escape for the moment can’t hide forever.”

Reid did report some relaxing on the one-child policy in some of the rural areas, where since 2007 a second child is allowed if the first child is a girl. However, most women in urban areas are still restricted to one child, with the exception in some municipalities that are allowing couples to have two children when both parents come from single child households.

Coercive and compulsory measures are also used in the East Turkestan (Xinjiang Uyghur Autonomous Region), according to Rebiya Kadeer, the Uyghur leader in exile from China, who spoke through an interpreter at the hearing. Kadeer said that while the law imposed by their Chinese rulers appears to exempt Uyghurs from the one-child policy, in fact the Uyghurs had no say in the formulation and implementation of the family planning law. A Han Chinese woman working in a family planning clinic in the 1990s told Kadeer’s office recently that they had abortion quotas to meet, and Chinese officials showed a preference for abortions of Uyghur children over children from the Han nationality.

“According to official estimates, family planning regulations in the region prevented 3 million births between 1996 and 2000—an alarmingly high figure when officially, the Uyghur population of East Turkestan was less than 8 million people. During the same period…, it was reported that 58 percent of Uyghur women of childbearing age were no longer able to give birth,” said Kadeer, explaining that forced abortions, sterilizations and botched surgeries contributed to this large proportion.