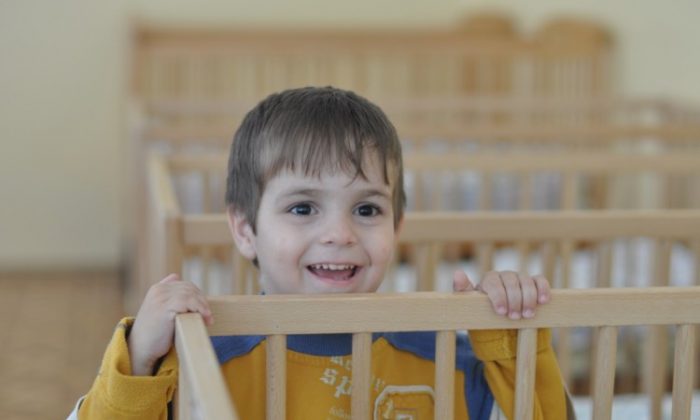 An orphan is seen in one of the over 300 orphanages in Ukraine. NGO's are helping disadvantaged families to prevent their children from being sent to orphanages. (Courtesy Partnership 4 Every Child)
Europe

When a Cow Can Make All the Difference

KYIV, Ukraine—Ukraine’s orphanages are full of children who should never have been taken from their parents, say nongovernmental organizations. Impoverished families often lose their children because their living conditions are deemed inadequate.

To keep their orphanages full, directors have even sent people to the countryside to convince families to give up their children, Ukraine’s children’s ombudsman Yuriy Pavlenko told Education of Ukraine on Nov. 20.

“We are not saying that child has to stay [in the family] when there is a threat or abuse for it,” says Vasylyna Dybaylo, director of Partnership 4 Every Child, “but if you can direct resources to support the family, it should be done.”

Her organization helps disadvantaged families keep their children at home. It often provides the families with a small amount of money so they can pay their gas or electricity debts, but it can also take other forms.

The gift of a cow kept one family together.

“It was a great help for the family, as the children started to drink milk, eat cheese, and sour cream, and they improved their nutrition very much,” says Dybaylo.

Svitlana Kharchenko, spokeswoman for Ukraine Without Orphans, tells of a child who was taken away from his grandmother. She had become his guardian after his parents died. Because of the state of the woman’s house, however, he was put in the custody of an orphanage.

It is not necessarily that the families do not provide proper care for their children, sometimes the families just cannot afford home maintenance, say aid organization workers. Children from such families make up a large part of the more than 15,000 children currently living in Ukraine’s vast network of orphanages.

Orphanages in Ukraine generally do not have a good name among the people. “There are generally terrible conditions in orphanages. I’ve been to one in Boyarka and I feel sorry for those children,” says Kateryna Yurchenko, 23, who lives in Kyiv.

Pavlenko, described the institutions in an interview with Education of Ukraine: “Now orphanages are huge, half-closed type institutions, which get kids from all over the region, and they literally lose contact with the outside world.”

According to Pavlenko, Ukraine should reform its orphanage system so that every child grows up in a family, and orphanages are reformed to serve as educational facilities.

The Ukrainian authorities have now set goal to greatly reduce the number of orphanages in Ukraine by 2020.