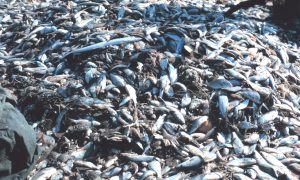 June 8th and 9th are very special days. They are World Ocean Day and Coral Triangle Day respectively. Both dates herald recognition of two of the world’s greatest and most important resources.

World Oceans Day has been celebrated every 8 June since its original proposal in 1992 by Canada at the Earth Summit in Rio de Janeiro, Brazil. It was officially recognized by the United Nations in 2008. Global participation and activities have increased each year as the number of groups involved has grown to over 1,600.

On June 9, 2012, the countries of the Coral Triangle will come together to celebrate their single most important shared resource: the oceans. Local communities, NGOs, businesses, and government agencies, will participate in events across the region. But what makes the ‘Triangle’ so special?

The Coral Triangle is the most biologically diverse region on Earth and probably the most diverse in our planet’s history. Covering 5.7 million square kilometres of ocean the roughly triangular area includes Indonesia, Malaysia, Papua-New Guinea, Philippines, Solomon Islands, and Timor-Leste.

With an incredible 600 species of corals and nearly 3000 kinds of fish the biological resources of the overall area sustain nearly 200 million people. But the area is now a global priority for conservation.

Global priority? This is our own ‘backyard.’ What’s going wrong?

Shockingly, the answer is “just about everything”. The Coral Triangle may be biodiverse but like most tropical seas it has little ‘surplus production’ and is easily overfished; the waters are too poor in the necessary nutrients to drive the huge fisheries that are found in cold upwelling seas.

Coral reefs occupy only 0.15% of the oceans and yet support about 25% of its species. We know almost nothing about reefs but believe that they are the ‘control rooms’ of the sea. The eminent collapse of these incredibly complex ecosystems will send not a ripple but a ‘tsunami of change’ through the oceans of the world and through our communities.

Overfishing, dynamite fishing, pollution, the use of cyanide, and coral harvesting have all been taking their toll. Living corals all over the globe are now being lost at 1% each year and that has been going on for the last 40 years. Man’s threat to the health of reefs is particularly strong in Southeast Asia, where an appalling 80% of reefs are now endangered.

More disturbing is recent information that the mounting levels of carbon dioxide in the atmosphere are causing a shift in seawater chemistry. The oceans are becoming more acid. In fact ocean acidity has probably not been this high in the last 20 million years. Senior marine scientists from 26 countries who recently signed the Monaco Declaration (The Royal Society, 6 July 2009) named ocean acidification and global warming as their greatest concerns.

At pH 7.7 we will reach the lethal limit for shell forming molluscs and reef corals; their shells and skeletons will simply dissolve in the more acid water and they will die. That’s right, coral reefs and marine life with shells will disappear!

When will this happen? The surprising answer is that scientists are all pointing to 2065. From about 2065 on we can expect the rapid and catastrophic collapse of most of the reef ecosystem.

The Coral Triangle is now the subject of urgent high-level conservation efforts by the region’s governments, World Wide Fund for Nature, The Nature Conservancy, and Conservation International. Donor agencies include the Asia Development Bank, Global Environment Facility, and USAID.

The biodiversity and productivity of the Coral Triangle are under threat from poor marine management, lack of political will, a high market demand for rare and threatened species, unsustainable fishing practices, and now the surging carbon dioxide levels in the atmosphere.

The theme of the first official World Oceans Day, “Our oceans, our responsibility,” was meant to emphasize our responsibility to protect the marine environment and carefully manage its resources. “Safe, healthy and productive seas and oceans are integral to human well-being, economic security and sustainable development”.

When I look at fisheries statistics and current research findings I believe that we are failing and failing miserably. We now stand on the brink of possibly the greatest ecological disaster since modern man has walked the earth. The ocean is in trouble and we in the Coral Triangle are at the very heart of the problem.

We can do something positive and feel good about it the next day. But we won’t really change anything unless we change the way we think and the way we live. The entire community must understand and support the practices that will create a sustainable environment and we have to start now.

Each of us has to look after this tiny “blue planet” like our lives depend on it.

For those living outside the Coral Triangle, online video streaming of all the activities happening in the region on that day are available onthecoraltriangle.com website

Gerry is a Malaysian based marine ecologist, Research Fellow and Advisor to the National University of Malaysia, and marine consultant to the Andaman Resort, Langkawi.