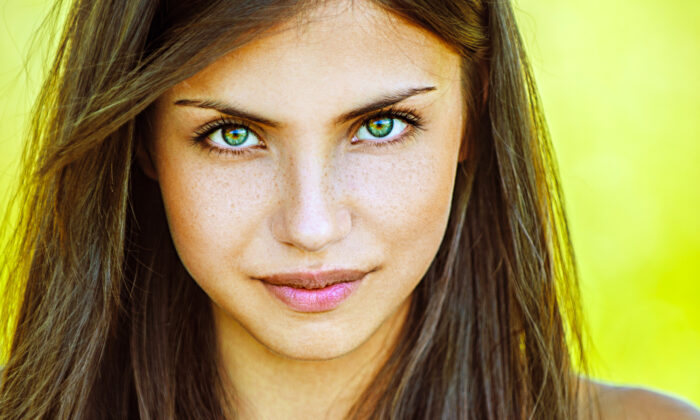 What Your Eye Color Can Tell You About Your Personality, According to Scientific Studies

“Look me in the eyes” is what we ask when we wish to get a more direct glimpse into a person’s thoughts. It demonstrates the fact that the eyes truly are windows into the soul, that they do reveal something of our personality. It isn’t just what’s behind the eyes that counts, though; according to science, the color of our eyes also has a story to tell about who we are.

A 2007 study from Orebro University in Sweden found that people with different features in their irises, namely crypts, or lines extending out from the pupil, and furrows, circular lines curving around, were in fact associated with opposite personality traits.

Today, we’ll look at how eye color might be tied to the way your brain sees the world and interacts with it.

Dark-brown eyes, which can sometimes appear black, are a rare occurrence. They result from extremely high levels of melanin pigment in the eyes and have been associated with several pronounced personality traits. The first is that dark-eyed people are often perceived as agreeable by others, which makes them conducive to teamwork. Because others see them as congenial, others are more likely to listen to what they have to say and follow their advice.

Other qualities that dark-eyed people can reinforce is their natural tendency to lead, with brains that are quick to react and superior skill in tracking targets with their eyes, which may be a big help when it comes to sports like tennis. Last but not least, dark-eyed people are statistically less likely to drink heavily and get addicted to alcohol.

According to World Atlas, 79 percent of the world’s population has brown eyes. While brown eyes are dominant across many continents, the shade varies from darker colors in Africa and Asia to lighter tones in Europe.

According to a study at Charles University in Prague, when a group of students were polled about trustworthiness, “[e]ye color had a significant effect, the brown-eyed faces being perceived as more trustworthy than the blue-eyed ones.”

This insight attests to loyalty and consistency that brown-eyed people may embody. While the respectful and easygoing personality of brown-eyed people is seen as positive, medium-dark color has been associated with more fragile sleep cycles that are sensitive to disruption.

Approximately 8 to 10 percent of the world’s population has blue eyes, per the World Atlas, most of them concentrated in Europe. Incredibly, a team of scientists from University of Copenhagen has demonstrated through genetic analysis that all blue-eyed people are descended from a single individual who had the mutation in the OCA2 gene.

In terms of personality, blue-eyed people are supposed to have several distinctive personality traits, including a cautious nature, introversion, and desire for control over what they like to share with others. While some might see these traits as drawbacks, scientists at the University of Louisville revealed that blue-eyed people tend to have higher academic achievement than brown-eyed people because of their abilities to concentrate longer and focus more intensely on their subjects.

Hazel is the third most common eye color in the world, and about 5 percent of the global population are thought to have hazel eyes, per World Atlas. The color results from a combination of some melanin combined with Rayleigh scattering, a light effect that is responsible for the blue color of the sky and the reddish color people perceived at the setting of the sun.

In keeping with their link to the extremes of the day, hazel-eyed people are often thought to exhibit opposing tendencies, being adventurous, curious, and courageous on the one hand but also aware of difficulties and obstacles and being prone to contemplation on the other.

Representing just 2 percent of the world’s population, these individuals have a very light presence of the pigment melanin, which when combined with Rayleigh scattering gives their eyes a distinctive greenish color. While green has often been associated with envious feelings, hence the “green-eyed monster,” a euphemism for jealousy, green-eyed people are often perceived as highly attractive and desirable, perhaps because of their rarity.

People with green eyes are sometimes said to be very passionate and creative, willing to devote their heart and soul to projects and people that they care deeply about.

Their personality reflects their mixed color, which can seem to change depending on the weather and the ambient light. They are often mysterious and spiritual, but very good at looking after themselves. It’s possible that their uniqueness can make them more willing to conform to the established order than people with other eye colors.