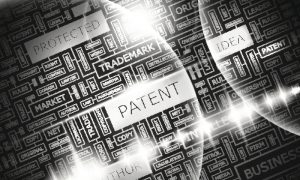 What Xiaomi’s Lacking Patents Tell Us About Its Culture

Xiaomi’s rise to become the third smartphone maker in the world has a few quirks. Aside from the fact that spying software has been found pre-installed on its devices, it also lacks a strong portfolio of patents.

In a recent article on Xiaomi, New York Times had a sentence on the state of Xiaomi’s patents. It stated, “Xiaomi does not yet have much of a patent portfolio, leaving it vulnerable to lawsuits from competitors.”

Of course, there’s a lot more behind Xiaomi’s lack of patents. First and foremost, its lack of patents is not a sign that Xiaomi is avoiding the patent litigation market.

Xiaomi works with a separate company, funded by the Chinese regime, that takes care of its patent trolling. A patent troll is a company that buys or files broad or outdated patents, then sues companies for violating those patents in order to collect a cut of their profits.

The Chinese regime recently seeded its patent troll, Ruichuan IPR, with $50 billion in fluff patents to get involved in the patent litigation market—basically just suing firms for patent fraud.

Ruichuan IPR currently works with Chinese companies including Xiaomi, TCL, and Kingsoft. Their current focus is on filing new patents and on “defensive” moves to sue companies for violating their patents.

Patent trolls currently cost the U.S. economy $29 billion a year, and the patent troll Xiaomi is working with could soon increase that number.

But aside from patent trolling, Xiaomi’s thin patent portfolio also tells us something about its culture for innovation.

One of my colleagues, Valentin Schmid, pointed out in October that despite being ranked the 35th most innovative company in the world by Boston Consulting Group, Xiaomi is far from innovative.

Photo’s of Xiaomi’s showroom also show a room that looks nearly identical to an Apple Store (complete with employees with strikingly similar uniforms).

What Xiaomi’s lack of patents really points to is a poor culture for research and development. It’s not a company with broad-minded imaginative individuals looking to create something new—it’s a company that has heavily copied Apple’s designs and approach to marketing.

Rather than building a company around innovation, Xiaomi has worked its way up the market by simply underpricing the innovators.