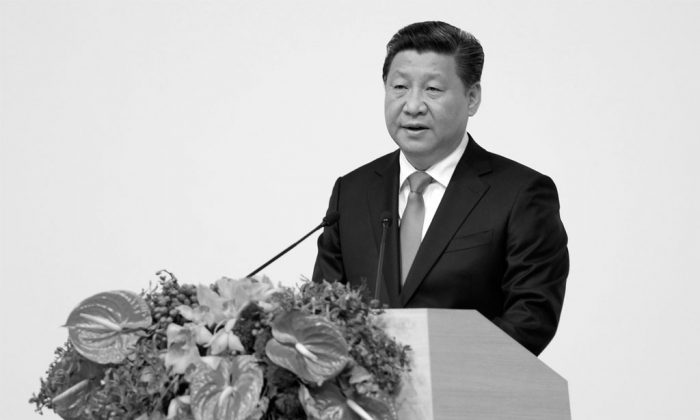 What Xi Jinping Really Means by ‘One Country, Two Systems’

Analysis of Hong Kong in the light of Beijing's factional politics

When Chinese leader Xi Jinping was in Macau for the 15th anniversary of the territory’s return to China last week, he rehashed a familiar refrain: “We must both adhere to the ‘one-China’ principle and respect the difference between the two systems.”

Departing from this, he added, “will be the left foot wearing a right-foot shoe, and the mistake will breed wrongs.”

Macau, a former Portuguese colony, had, Xi said, properly followed the “one country, two systems” policy and the Basic Law, the region’s mini-constitution.

But whether the same can be said for Hong Kong is unclear. The deal made between Britain and China when the territory was handed to the PRC in 1997 said that it should be governed under a “one country, two systems” principle, which allows the territory’s government a high degree of autonomy from Beijing, for a period of fifty years.

A parsing of Xi’s remarks in light of recent elite political dynamics in the Communist Party may indicate that Xi Jinping is in part addressing Leung Chun-ying, the current chief executive of Hong Kong, and his backers in Beijing—who are not followers of Xi Jinping.

To incumbent chief executive, Leung Chun-ying, who was elected in 2012 after winning 689 out of 1,200 total votes, the protesters are making unreasonable and illegitimate demands.

Leung insists that he will only consider reform that falls within the provisions of the Basic Law and the “Interpretation and Decisions of the National People’s Congress Standing Committee” (NPCSC).

On June 10 this year, the NPCSC published a white paper claiming China’s comprehensive jurisdiction over Hong Kong, the power to change the Basic Law as it saw fit, and the necessity for candidates for chief executive to “love China” first.

The NPCSC also passed a reform package on Aug. 31 stating that Hongkongers can have universal suffrage for the 2017 chief executive elections—so long as the candidates are chosen by a Beijing-controlled nominating committee.

Taken together, both NPCSC decisions practically replace the “one country, two systems” principle for governing Hong Kong, a legacy of the 1984 Sino-British Joint Declaration, with “one country, one system.”

Incensed at Beijing’s backtracking on an international treaty, Hongkongers held a huge protest rally on Aug. 31.

Students followed up on Sept. 22 with a massive student class boycott. A week later, the Umbrella Movement unfolded after police tear gassed demonstrators outside government offices in Admiralty, an act which inspired tens of thousands of Hongkongers to occupy major roads in the city.

Although Leung and the Hong Kong government became increasingly unpopular as the protests wore on, Leung never wavered from his support for the NPCSC’s “one country, one system” proposal.

When reporting on Xi Jinping’s statements in Macau, some media claim that the Chinese leader is in favor of a “one-China” principle. To frame Xi’s speech this way is to fail to distinguish between the differences in political communication emanating, on the one hand, from the National People’s Congress Standing Committee, and Xi Jinping.

Xi has never explicitly endorsed the NPCSC’s Hong Kong decision. Instead, the Chinese leader has consistently stressed the need that democratic reform in Hong Kong to be in line with the Basic Law and the “one country, two systems” principle.

In a high-profile meeting with over 70 Hong Kong businessmen in Beijing on Sept. 22, Xi said that the “one country, two systems” policy would not be altered. Official Party media reports on Xi’s speech discreetly left out the NPCSC decisions and emphasized instead the authority of the Basic Law.

And when Xi met Leung Chun-ying in Beijing on Nov. 9 at the APEC summit, he began their talk by requesting that Hong Kong’s top leader comprehensively and accurately understand the “one country, two systems” principle and the Basic Law to support the development of democracy in Hong Kong under the region’s legal system.

But the Macau speech is perhaps where Xi states in the clearest terms how he believes Hong Kong and Macau affairs should be handled.

“At no time should we focus only on one side to the neglect of the other,” said Xi, after bringing up the “one-China” policy and the need to “respect” the “two systems.”

In sum, Xi is advocating “one country” and “two systems,” as opposed to the NPCSC’s “one country, one system.”

All this leads to the question: Why is the Chinese regime’s legislature, with the Hong Kong chief executive in tow, departing from what the top leader himself is attempting to lay down?

Observers of Chinese politics have been able to see for some time now that the power struggle between major Party factions is not over: on one side is Xi Jinping and Wang Qishan, the anti-corruption chief; on the other is the former Chinese leader Jiang Zemin and his cronies, like Zeng Qinghong.

According to Party insiders in 2012, it was the plan of the opposing faction to sideline Xi Jinping during the 2012 leadership transition, and lift up instead Bo Xilai, the Party Secretary of Chongqing and a Politburo member. This conspiracy came undone after Bo’s police chief, Wang Lijun, fled to the United States Consulate in Chengdu in February, apparently in a bid to seek political asylum. Later that year Bo Xilai was purged, and since Xi Jinping gained power he has bent his efforts on eliminating these opponents and protecting his flank.

Thus the punishment of Zhou Yongkang, the former security chief who was formerly thought untouchable, and other top officials like Xu Caihou. But with Jiang Zemin and Zeng Qinghong, his chief henchman, still on the loose, it’s clear that the struggle for power is not over.

It’s in the context of this political struggle that the trouble in Hong Kong must be understood: what better way to discredit and embattle Xi Jinping than cause chaos in Hong Kong, and even attempt to provoke a violent crackdown?

Vice Premier Zhang Dejiang, the chairman of the NPCSC, holder of the portfolio for Hong Kong and Macau, is a well-known Jiang Zemin loyalist. It was under his leadership that the NPCSC passed the political decisions that so roused Hongkongers. Prior to that, the ground had already been softened by chief executive Leung Chun-ying, widely held to be an underground Party member, and tied up with the Jiang network political and business network, whose policies widened the income gap in the city and slowly alienated Hongkongers from their government.

The worst outcome—a violent crackdown by the police or even the People’s Liberation Army garrison—was avoided. According to Hong Kong media, Xi Jinping remarked in an internal meeting, after tear gas was used on Sept. 28, that such means were unnecessary and advised that “Hong Kong affairs must be negotiated with the Hong Kong people.”

In the aftermath of the Occupy protests, the pro-democracy Hong Kong publication Apple Daily reported that central government was displeased with chief executive Leung Chun-ying’s handling of the Umbrella Movement, in particular the use of tear gas, getting police to side with the triads and turn a blind eye to protesters being beaten by them, and Leung’s suggestion that poor people shouldn’t be allowed to have democracy.

But with Xi Jinping quickly gaining control of the army, it is possible that moves will be made against officials like Zhang Dejiang, sources in the Party said.

Official Chinese media reports suggests that Xi is satisfied with Leung’s handling of Hong Kong—but a close parsing of his words reveals a difference. While in Macau, Xi appraised the leaders of the two former colonies.

Of Leung, Xi said he had “carried out his duties.” Fernando Chui, Macau’s chief executive, was said to have “loyally carried out his duties and not failed his mission.” In the subtle linguistic and propaganda games of Chinese politics, the absence of the term “loyally” from the description of Leung Chun-ying would not have gone unnoticed.