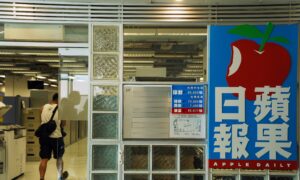 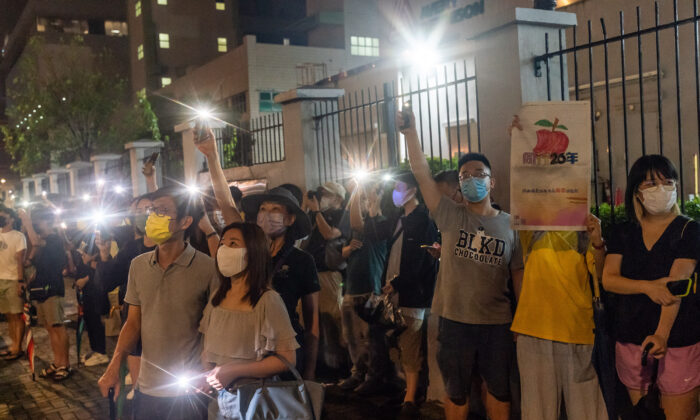 HONG KONG—Hong Kong pro-democracy newspaper Apple Daily is set to print one million copies of its last edition on Thursday, after a year in which it was raided by police, and its tycoon owner and other staff were arrested under a national security law.

Following are some comments from Hong Kong residents and others in reaction to the news.

“The forced closure of Apple Daily is the blackest day for media freedom in Hong Kong’s recent history. The paper has been effectively banned by the government for publishing articles that criticized it, and for reporting on international discussions about Hong Kong. This is an unacceptable attack on freedom of expression.

“The arrests of Apple Daily staff, seizing of journalistic materials, and freezing of its assets will send a shiver down the spine of all media outlets operating in Hong Kong. It is also deeply alarming for the readers whose media consumption is now effectively being curbed by the authorities—just as it is for people in mainland China.

“The fact that the authorities are using the national security law to enable this crackdown highlights the deeply repressive nature of the legislation.”

“We urge the government to fulfil the promise of safeguarding press freedom … to let people working in the news industry serve Hong Kong without fear.

“We will be very worried if there are consequences for writing an article. I’m afraid that it will make society feel, or how I feel now, that people can be put in prison because of what they write. It leads to a huge worry for the city’s freedom of speech.”

“The forced closure of Apple Daily by the Hong Kong authorities is a chilling blow to freedom of expression in Hong Kong.

“It is crystal clear that the powers under the national security law are being used as a tool to curtail freedoms and punish dissent—rather than keep public order.”

“The harassment of Apple Daily is yet another effort by authorities in Beijing to silence a critical news outlet.

“This violates the right of Hong Kong’s people to access independent news and is a further step toward the eradication of press freedom in the Special Administrative Region.

“One year after its enactment, China’s national security law for Hong Kong has been revealed to be exactly what critics feared: a ready-made instrument to suppress independent news coverage.

“The international community must not remain silent as Hong Kong’s freedoms are removed brick-by-brick. The IPI global network stands in solidarity with Apple Daily’s journalists and staff.”

“If Apple Daily can’t survive, then there is no press freedom. If such a strong organisation can also lose its voice, I think other media organisations will also be scared.”

“The closure of Apple Daily’s Hong Kong operations clearly shows how the National Security Law imposed by Beijing is being used to stifle freedom of the press and the free expression of opinions.

“My emotions are just like the weather, raining. I’m quite sad, because it’s a newspaper I’ve been reading from a young age.”