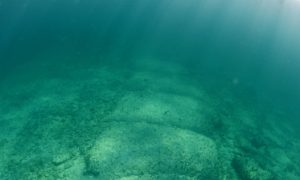 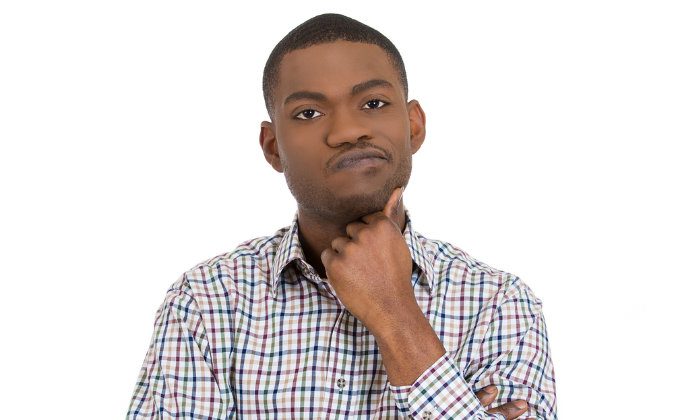 What to consider when evaluating skeptic arguments; how to spot a pseudoskeptic
By Tara MacIsaac
biggersmaller
Print

According to Webster’s dictionary, a skeptic is “One who is yet undecided as to what is true; one who is looking or inquiring for what is true; an inquirer after facts or reasons.”

Marcello Truzzi (1935–2003), a professor of sociology at Eastern Michigan University, coined the term “pseudoskeptic” to describe people whose inquiry starts instead with a preconceived notion of what is true.

Here are some points to ponder from scientists and other thinkers who have discussed pseudoskepticism. Many of these points describe characteristics of pseudoskeptics, or as electrical engineer William Beaty calls them, “pathological skeptics.”

1. Debunking as the Main Goal

“Rather than inquiring, or asking questions to try to understand something, they seek to debunk, discredit and ridicule anything that doesn’t fit into their belief system,” states the Scientific Committee to Evaluate PseudoSkeptical Criticism of the Paranormal (SCEPCOP) website.

Words such as “conspiracy theory” and “new age” are used to dismiss some theories or findings, wrote psychologist Dr. Greg Little in a 2005 paper on findings at an underwater site near the Bahamas.

“Skeptics invoke emotion-laden, ridiculing terms,”he said. Little took an interest in Bimini Wall, said by him and archaeologist Bill Donato to be an ancient man-made wall but said by many others to be a natural formation. A vocal critic of the findings, Geologist Dr. Eugene Shinn, dismissed them as “new age” and associated them with a hunt for Atlantis. Little said Bimini investigations were not part of a search for Atlantis.

SCEPCOP said pseudoskeptics have “hijacked terms such as ‘rational, reason, logic, critical thinking’ to mean the ‘proper’ thinking and behavior that supports materialism and orthodoxy, and rejects against anything that challenges it.”

ALSO SEE: How Was it Made? Prehistoric Underwater Wall Divides Scientists

The word “anecdotal” can also be misused to dismiss controlled research, said Dr. Gary Schwartz on his website.

Carefully documented observations are often dismissed as “anecdotes” without scientific worth, said Dr. Schwartz. Even if evidence is collected using established scientific standards, some excuse is found to reject it.

Dr. Schwartz received his doctorate from Harvard, taught psychiatry and psychology at Yale, and is now a professor at the University of Arizona. He is a self-professed reformed pseudoskeptic. He said in a video on his website: “My degree of doubt in the presence of data was irrational and I was experiencing skeptomania.”

Online commentators on the topic speak of a double standard. A user on HappierAbroad.com wrote: “I’ve never trusted skeptics, for the very reason that they are willing to accept the official version of things without a shred of proof but require unrealistic amounts of evidence to accept any other possibility.”

A YouTube user wrote: “What skeptics fail to understand is that skepticism involves being skeptical of your own position, it does not mean just being skeptical of that which you do not believe in, otherwise we are all skeptics and that renders their use of the term ‘skeptic’ meaningless. A true skeptic casts skepticism on their own position as well.”

SCEPCOP wrote of pseudoskeptics: “They treat Science as if it were some kind of authoritarian ‘entity’ that takes positions and views on issues (their own of course), when it is in fact merely a tool and method of inquiry based on logical principles. In reality, science does not take positions or hold dogmatic beliefs on paranormal or conspiratorial subjects. People take positions, not Science, which holds no more views than my computer does.”

Dr. Schwartz said pseudoskeptics will claim they are open to new information, but they will often react strongly and with hostility when their assumptions are challenged by new ideas.

SCEPCOP states: “All pseudoskeptics will claim to be true skeptics, just like all high pressured salesmen claim to not be high pressure, all liars and con artists claim to be sincere, and all politicians claim to be honest.  But as you know, actions speak louder than words.”

Beaty, who has appeared on television programs speaking on static electricity and other topics, wrote a paper titled “Symptoms of Pathological Skepticism.” He wrote of the tendency in pseudoskeptics to forget that scientific principles thought to be infallible in the past have proven completely wrong.

He wrote of the “belief that certain fields of science are complete, that scientific revolutions never happen, and that any further progress must occur only in brushing up the details.”

ALSO SEE: 10 Scientific Blunders That Could Shake Your Faith in Science

Only when a majority of reputable scientists state that something is true, will a pseudoskeptic say it is true, said Beaty.

When a few reputable scientists stand behind a controversial claim, pseudoskeptics will dismiss them instead of reconsidering the claim. “If other reputable people change sides and accept the unorthodox view, this is seen as evidence of their gullibility or insanity, not as evidence that perhaps the unconventional view is correct.”

9. Fear of Being Wrong, Fear of the Unknown

Admitting an unconventional theory is or may be true can threaten a person’s sense of security. Having to admit that what seems to be known, solid, and established, may be false can open up an uncertainty people find it hard to cope with. Beaty wrote also of “a fear of having personal errors revealed, and a habit of silently covering up past mistakes.”

Little wrote of Bimini Wall skeptics: “All contradictions to their beliefs are probably perceived as a direct threat to them professionally and psychologically.”

It is easier to gain esteem or seem rational and clever through debunking efforts than to risk credibility by seriously investigating a controversial finding. Beaty wrote of “elevating skepticism to a lofty position, yet … opening the way to pathological thinking by refusing to ever cast a critical, skeptical eye upon the irrational behavior of scoffers.”

Pseudoskeptics will likely present scientists as inherently objective, unswayed by personal belief or motives; they will excuse the instances in which scientists have been shown to be subjective as being isolated instances, Beaty said.

12. Changing the Criteria for Acceptance

Beaty described the practice of shifting requirements for the acceptance of a theory as “moving the goalposts.”

*Image of a skeptical young man via Shutterstock