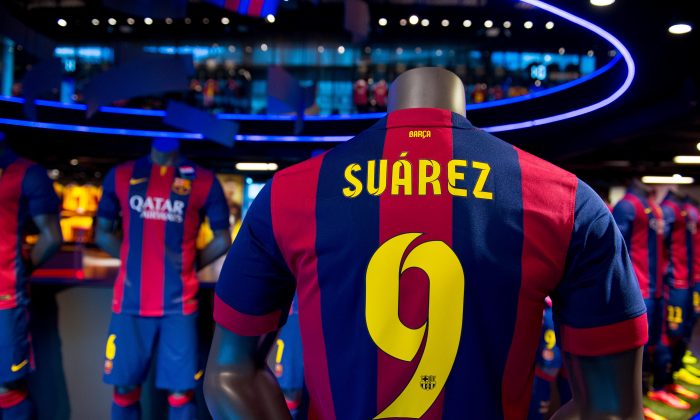 A shirt of new FC Barcelona player Luis Suarez are seen on display at the FC Barcelona official store on July 12, 2014 in Barcelona, Spain. (Photo by David Ramos/Getty Images)
Soccer

What is a Buy Out Clause in Soccer? Understanding Football Release, Buy Back Clauses in Contracts

What are buy out, buy back, and release clauses in soccer?

A release clause in a football player’s contract is one where, if triggered, allows the player to enter into transfer negotiations with the club that triggered it.

A club who is interested in the player in question will have to meet all conditions in the release clause before it is triggered.

The buy out clause is a type of release clause.

As the name implies, a buy out clause allows a football player to literally “purchase” his contract from the club that signed him.

Of course, most players will not voluntarily buy themselves out of their contract. Instead, the interested club will pay the player’s buy out fee, secure the transfer.

Clubs normally set the buy out fee very much higher than what the player is worth on the market, possibly to prevent the player from leaving on his own, or more probably, to deter rival clubs from casually “buying out” their best players.

A buy back clause, on the other hand, is inserted into a player’s contract to give the selling club a transfer advantage over other interested parties, and makes sense when they are inserted into the contracts of talented young players who have not really fulfilled their potential at the club they originally signed.

Thus, when the player with the buy back clause in his contract fulfills his potential in the future, the club that he was originally from can have priority over other clubs in “buying back” the player.