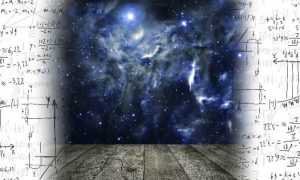 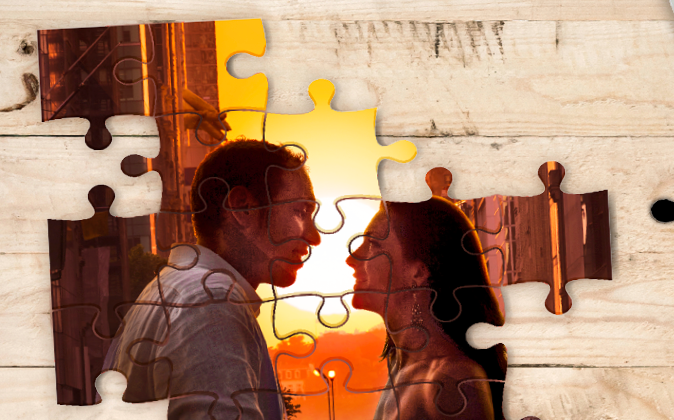 What If It’s Not ‘Just a Coincidence’?

For some people, coincidences are “just coincidences”; everything is random, and unlikely events are bound to happen occasionally. One experiences a moment of surprise, then forgets it.

For other people, nothing is “just coincidence”; everything is preordained. One may even make an important life decision based on a coincidence, taking it as a “sign.”

The nature of coincidences is no longer a matter of philosophy alone. It is the focus of an emerging, multidisciplinary science.

Statistics gives us an unbiased answer to the question “What are the chances?!” Psychology helps us understand the meanings we may attribute to them. And various studies explore their impacts.

For example, Jim E.H. Bright at the University of New South Wales found 74 percent of his study participants had benefited from coincidences in their career development.

Oprah Winfrey is a famous example of the career-boosting potential of coincidences.

In the early 1980s, Oprah was hosting a local morning television show in Chicago. At the time, she had a passion for the book “The Color Purple.” She particularly identified with the character Sophia and prayed to play Sophia in a movie adaptation of the book planned by producer Quincy Jones and director Steven Spielberg.

Jones was in Chicago on business and saw Oprah on the TV in his hotel room. Without knowing she had the desire to do so, he decided she should play Sophia.

Jones and Oprah connected, she got the role, and it accelerated the growth of her popularity.

I do not believe in coincidences, but I do believe in divine timing.
— Oprah

“I do not believe in coincidences, but I do believe in divine timing,” Oprah once said, as quoted by Dr. Gary Schwartz of the University of Arizona in his book “Synchronicity and the One Mind.”

Epoch Times has previewed this book, though it has not yet been released to the public. It is part of a growing body of literature about the phenomenon of coincidences.

Bernard Beitman, M.D., published his book “Connecting With Coincidence” earlier this year. Beitman, a Yale- and Stanford-educated psychiatrist, taught the first-ever course in Coincidence Studies last year as a visiting professor at the University of Virginia.

He has unified the various studies and treatises on the topic under the umbrella of Coincidence Studies.

Many people have fixed beliefs about how the world works, and they approach coincidences with the intention of confirming those beliefs, Beitman said. As he establishes Coincidence Studies, he looks to all possible explanations for how coincidences occur. And he thinks there are multiple explanations; no single explanation can cover all coincidences.

A Statistician’s Approach: What Are the Odds?

Let’s define a “rare” event as “one in a million.” With 7 billion people on Earth, we may expect some 7,000 rare events daily across the globe.

Your coincidence may be one of the 7,000 rare events, but it feels special because it happened to you.

Yet Beitman and David Aldous—a Cambridge-educated statistician teaching at the University of California–Berkeley—warn that stats fall short in analyzing the complex circumstances of individual, real-life coincidences.

Probability “is not an explanation, but instead is a description of what happens,” Beitman said.

[Probability] is not an explanation, but instead is a description of what happens.
— Bernard Beitman, M.D., psychiatrist, University of Virginia

It can also be deceptive.

For example, in 1939, psychologist B.F. Skinner analyzed William Shakespeare’s sonnets and found that his use of similar sounds, his alliteration, could have occurred coincidentally, by chance. Skinner stated, “So far as this aspect of poetry is concerned, Shakespeare might as well have drawn his words out of a hat.”

Even though it could have happened randomly, it had meaning, and intelligent design was at work.

Beitman commented: “Can these statisticians prove that there is no meaning in randomness? I ask that they try.”

To discuss meaning is to enter the domain of psychology.

A Psychologist’s Approach: What Does It Mean to You?

The applications in psychology are too many to explore here in detail. But an exemplary instance is the coincidence reported by a participant in one of Beitman’s studies.

This participant, a widow, told him: “When I began dating again, I was concerned with what my late husband would think. One day while visiting his grave, I accidentally cut my ring finger with some grass clippers. I had to go to the Emergency Department where they removed my wedding ring. My boyfriend and I took it as a sort of sign that it was OK to proceed in our relationship.”

People involved are directly creating their own coincidences while not being aware of doing so.
— Bernard Beitman, M.D., psychiatrist, University of Virginia

Coincidences can alert us to our own wishes. They can aid in self-reflection and have been used in psychotherapy since the days of Carl Jung, who worked with a type of coincidence he called synchronicity.

With synchronicity, something in the mind is reflected in the outside world. You think of your fourth-grade teacher for the first time in 20 years and run into her at the supermarket.

Synchronicity is one of several categories of coincidences delimited by Beitman. Creating a taxonomy is part of establishing Coincidence Studies as a formal field of research, he said.

Another category is seriality: “It is a series of events in the objective world that the mind takes note of and remembers. Unlike synchronicity, there is no special subjective element. The series could theoretically be verified by anyone.”

Several researchers have conducted studies to psychologically profile people who experience (or notice) coincidences with greater frequency. Some characteristics that have emerged include self-referentiality, intuitiveness, a tendency to seek meaning in life, a tendency to be emotional, and religiousness.

Even if you’re not the type of person to see coincidences in your life as “signs,” you may still make decisions based on them without realizing it.

For example, in 1996, three F-14 fighter aircraft crashed within a 25-day period. The U.S. Navy reacted by suspending flights of that type of plane.

Even if you’re not the type of person to see coincidences in your life as ‘signs,’ you may still make decisions based on them.

The Navy assumed that it may not have been “just coincidence,” and that a real connection could exist (a flaw in the F-14’s design, perhaps). But it was just a coincidence. Three crashes within the same month is probable when analyzed statistically; think of all the flights in the history of the U.S. military and recall the Law of Truly Large Numbers.

In 1978, the number 196,833 was independently found to be highly important in two very different branches of math—group theory and number theory.

At first, it was assumed this was “just a coincidence,” but upon further investigation mathematicians found a deep connection between these two diverse branches.

“Meaning can sometimes be found in apparent randomness if you allow yourself to look for it,” Beitman wrote in an article for Psychology Today.

Many scientific discoveries, like that of insulin, have been made through a series of coincidences. Beitman fits coincidences in which “you find just what you need when you need it” under the category “serendipity.”

Imagine if we could harness the power of coincidences to create serendipity.

Coincidences touch many disciplines and many facets of our lives. They even extend to film studies. Coincidences are often used as integral plot devices. “Casablanca” was based on a coincidence: “Of all the gin joints in all the world, she walks into mine.”

While making coincidences the topic of scientific inquiry may seem to undo some of their magic, plenty of mystery remains.

A participant in one of Beitman’s studies told him the story of when she almost committed suicide.

“There was a very dark period in my late teens, a confused time to say the least,” she said. “I took my dad’s gun, got in my car, and drove to an isolated place on the lake. The intention was to end my own life. I sat there, with gun in hand. … But, as tears slowly came down my cheeks, I heard the sound of another car pulling up beside [me] … and my brother stepped out of the car, asking me to hand him the gun.”

“I was breathless; I was totally shocked. All I could do is to ask him how on Earth he knew I was feeling this way; how did he know I even had this gun, and, most important, how did he find me? He said he had no answers. He didn’t have any idea why he got into his car; he didn’t know where he was driving, nor why he was going there; or what he was supposed to do when he arrived.”

Beitman said: “I don’t know how the statisticians are going to say ‘probability [is the explanation]’ on this one.”