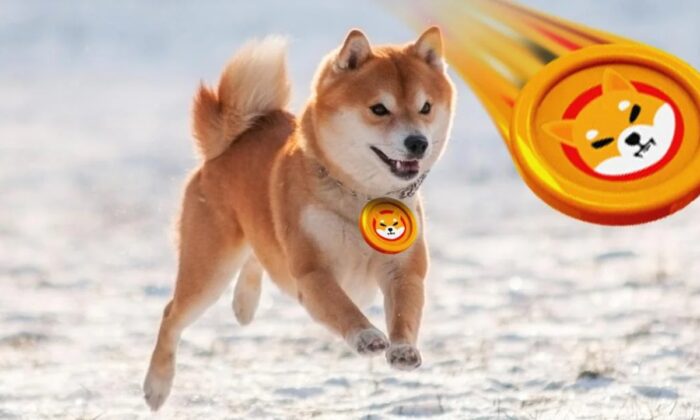 Whales Buy Millions of Dollars Worth of SHIB, as Shiba Inu Prepares to Breakout

An anonymous buyer, who has been on a Shiba Inu shopping spree since the beginning of Oct, has now accumulated 49.9 billion SHIB tokens.

The Ethereum whale has spent close to $1.2 billion to collect the SHIB tokens.

The Dogecoin-killer Shiba Inu is seeing a massive influx of attention on social media, second to Bitcoin’s popularity.

According to an analyst, there will be a 100 percent gain in the SHIB price as the whales continue accumulating the crypto coin.

The Shiba Inu token can now be purchased at 4000 ATMs across the US and Brazil through Coin Cloud, making it more accessible.

In a recent tweet, Coin Cloud announced, “You’ve been hearing all about ‪Shiba Inu ‬lately but can’t figure out how to get some? We get you. It’s complicated and confusing. Until now! Here’s the easiest way to buy Shiba Inu Coin (and the fastest, too!).”

Shiba Inu’s social dominance is quickly climbing worldwide, and CoinGecko has listed SHIB as one of the top 10 trending cryptocurrencies in Asia.

Since Oct 11, Shiba Inu has lost around two billion dollars of its market capitalization, dropping from $12 billion to $10 billion.