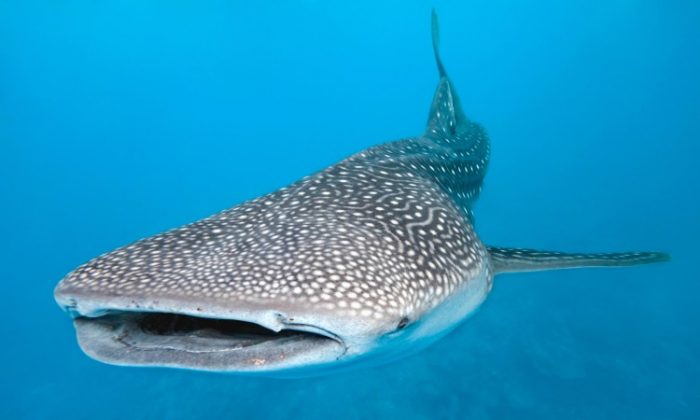 Whale sharks spend around 2.5 hours at the surface, on average, to warm up after making very deep, long day dives. (Krzysztof Odziomek/Photos.com)
Science

Whale Sharks Bask at Surface to Get Warm

The world’s largest fish swim to the surface to warm up, after diving for extended periods at chilly depths of hundreds of meters.

A new study in Australia of four whale sharks, Rhincodon typus, has shown that the fish spend around 2.5 hours at the surface, on average, after making very deep, long day dives, in addition to the shorter, shallower “bounce” dives they make during the day and night.

“When we looked at our data, we found that the whale sharks spent regular intervals at the surface between diving bouts,” said study lead researcher Michele Thums at the University of Western Australia, in a press release.

“This pattern of returning to the surface looked similar to the patterns seen in air-breathing marine animals, so we were curious as to why fish that do not breathe air would do it.”

The researchers tagged the fish with time-depth recorders that also recorded temperature, and found they spent the longest time at the surface (145 minutes on average) after diving to average depths and temperatures of 340 meters (371 yards) and 14 degrees Celsius (57 degrees Fahrenheit).

The team believes this behavior helps to maintain body temperature.

“So, behavioral mechanisms, such as spending time in the warmer surface waters, are needed to warm them, similar to a reptile basking in the sun to warm up and then moving under a rock once sufficiently warmed.”

The findings were published in the Journal of the Royal Society on Oct. 17.