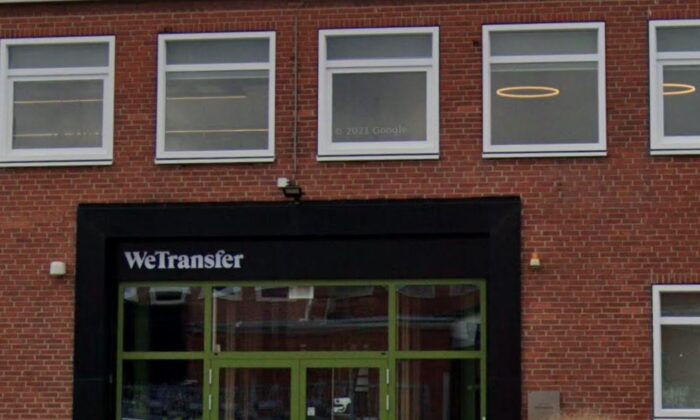 AMSTERDAM—The owner of WeTransfer, which offers file sharing and collaboration tools said on Wednesday the company will seek an initial public offering of shares and listing on Amsterdam’s Euronext stock exchange.

The Amsterdam-based company, soon to be renamed “The Creative Productivity Group NV” said its offer, for which a date has not yet been set, would include both a primary sale of 160 million euros ($182 million) in new shares and a secondary offering of existing shares by current owners and managers.

The company, best known for the WeTransfer file transfer service, has 87 million monthly users and the group estimates it had sales of more than 100 million euros in 2021, it said in a statement.

The company reported adjusted earnings before interest, taxes, depreciation and amortization (EBITDA) of 21.3 million euros on revenue of 72 million euros for the first nine months of 2021, it said.

It targets annual revenue growth above 20 percent in the medium term.

In addition to the new shares, existing owners Highland Europe Technology, which holds a 55 percent stake, and HPE Institutional Fund, which has 13 percent, intend to sell a yet undetermined number of existing shares to create a “meaningful free float.”

Proceeds will be used for investments including marketing, staff, developing its service and software, and possible acquisitions, the company said.

Morgan Stanley and BofA Securities are global coordinators for the offering, with ABN Amro and Barclays Bank acting as bookrunners.

The group now named “WeRock N.V.” will change its name shortly before the listing to better reflect the full scope of its activities, a spokesperson said.