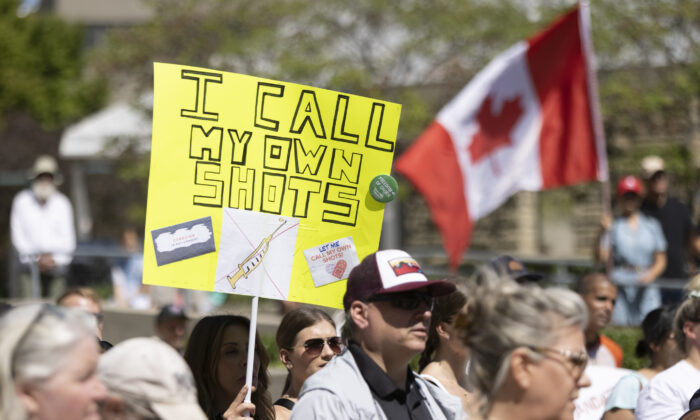 Western University said on Sept. 6 it will delay imposing a COVID-19 booster requirement due to Health Canada approving a new bivalent vaccine.

The university in London, Ontario, announced in late August it would impose the booster on staff, faculty, students, and some visitors. It said the measures were “aimed at preserving the in-person learning experience.”

The initial deadline for compliance was Oct. 1, but the university said it’s now being pushed to Jan. 9, 2023.

“Western has made and will continue to make decisions based on the best available data, science and advice from experts,” Florentine Strzelczyk, provost and vice-president (academic), in a statement.

“This booster deadline extension reflects the new Health Canada information and is supported by our experts. It also responds to the call from our student leaders to provide more time for students in residence to be vaccinated.”

Health Canada announced on Sept. 1 that it has authorized Moderna’s bivalent vaccine, which targets the Omicron BA.1 variant. This variant is all but extinguished in Canada, with subvariants BA.4 and BA.5 being dominant.

Other authorized vaccines target the original Wuhan strain of the virus SARS-CoV-2, which causes COVID-19.

Vaccine effectiveness wanes over time and has been challenged by the virus’s mutations. Government data indicates vaccine protection against Omicron infection drops to 20 percent and below six months after vaccination.

Western students held a protest against the booster mandate on Aug. 27.

“I think when they consult students they’ll find people want choice back and people want to remove all the mandates,” protest organizer Kendra Hancock said at the time.

Doctoral student Jason Falbo withdrew from his electronics and communications engineering program to protest the mandate.

“I didn’t take the decision lightly,” he told The Epoch Times on Aug. 29. “But I knew that my platform would probably be more powerful in telling the administration what I had learned about the general student body’s reaction to these mandates.”

The University of Toronto has also mandated booster shots, but only for students living in residence.

The federal government suspended its vaccine mandates for federally regulated workplaces and domestic travel on June 20, but said it would bring them back in the fall if it deems necessary.

While many institutions and companies followed the government’s lead in imposing mandates, some have kept them in place after the suspension. Canada Post lifted its mandate on July 6, but 91 percent of Canada Post-owned Purolator has kept its mandate as it faces legal action.