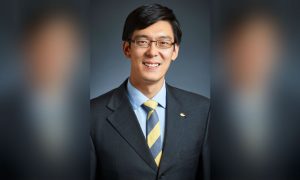 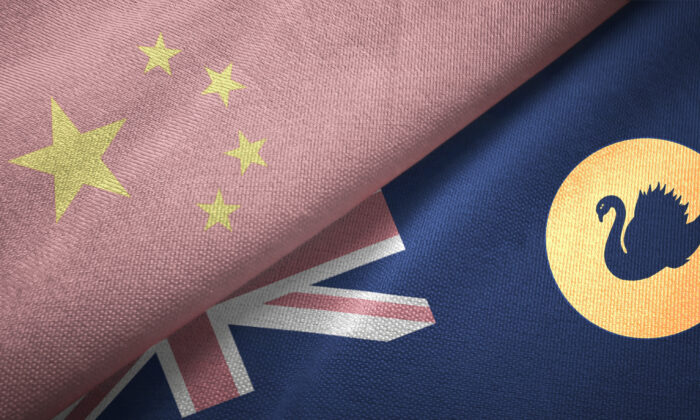 Western Australian CCP influence expert Tshung Chang called out the WA Government for choosing CCP-linked individuals Ting Chen and Edward Zhang over other leaders in the Chinese community, despite a wealth of available nominees.

“Perth’s Chinese community is not homogeneous. It has Non-Mainland Chinese from Malaysia, Singapore, Indonesia, Vietnam, Hong Kong and Taiwan,” Chang told The Epoch Times. “Zhang and Chen have been involved in groups that support mainland China and the CCP, but there are many others that don’t.”

The news of the appointments first appeared in The Age on June 22, which noted that the two men would be joining the WA’s Ministerial Multicultural Advisory Council (MMAC) and that both were allegedly avid advocates for the CCP with concrete affiliations to Beijing’s United Front Work Department (UFWD)—that coordinates thousands of overseas groups to carry out foreign political influence operations, suppress dissident movements and gather intelligence.

Ting Chen is the president of Chung Wah—Australia’s oldest Chinese community organisation. Former president, Richard Tan, has admitted that many of the group’s current members were linked to the UFWD.

“The links with the United Front is something so obvious, or it has been so obvious in the past,” Tan told The Age. “It’s just that Australian politicians knowingly ignored it or pretend they don’t know.”

Likewise, Edward Zhang is the founder and chief editor of the Australian Chinese Times, a pro-Beijing newspaper that censors anti-China rhetoric in its publications.

Zhang has been directly connected to at least five separate organisations affiliated with the UFWD, as well as being the honorary chairman for WA’s branch of Australia’s most prominent Beijing-linked body—the Australian Council for the Promotion of the Peaceful Reunification of China (ACPPRC).

The Council for the Promotion of the Peaceful Reunification of China (CPPRC) is an arterial organisation in the UFWD’s worldwide arsenal and maintains appendages in at least 91 countries or territories worldwide—ACPPRC being CPPRC’s foothold in Australia.

The president of the ACPPRC’s New South Wales branch, billionaire Huang Xiangmo, has been barred from entering Australia over concerns of foreign political interference after Huang donated millions to both major political parties.

Chang argues that the appointments should have been given to others who represent the plurality of the WA ethnically Chinese community.

“It may have been more representative of the plural community if the McGowan Government appointed Zhang or Chen along with another member from the NMC,” Chang said.

“But with their focus on supporting the CCP, are these the people Premier McGowan should have on a committee that promotes social cohesion and understanding? I know a dozen NMC community leaders who have deeper community roots and experience who will do a better job than Chen or Zhang.”

A WA Labor spokesperson told The Epoch Times that the MMAC served as a consultative body to the government, providing feedback regarding the needs of the state’s multicultural population and that appointments were made based on merit within the culturally and linguistically diverse (CaLD) community.

“MMAC Members are appointed based on their knowledge, experience and work with CaLD communities of WA and appointments are not based on political views or place of birth,” the spokesperson said.

The spokesperson did not respond when asked whether the State Government knew about Zhang’s and Chen’s Beijing affiliations.

Several members of the WA Labor Party have either maintained close connections with CCP-linked individuals or repeatedly expressed support towards the communist regime, with the most notable being WA Labor Party Leader and Premier, Mark McGowan, and WA Labor’s upper house whip, Pierre Yang.

During his inaugural speech in 2017 (pdf), Yang said he maintained very close contact with Zhang, who provided him with advice and encouragement in pursuing a career in WA’s political system.

“He advised me, encouraged me and supported me on my journey to become a parliamentarian,” Yang said. “Dr. Zhang is like an uncle to me, and I am privileged to have known Dr. Zhang.”

Months after the speech, it was revealed that Yang failed to declare his membership of two separate CCP-affiliated organisations, including the Northeast China Federation Inc and the Association of Great China, from which he later resigned. Yang was also listed as a member on WA’s ACPPRC website but denied its usage of his name and requested its removal.

McGowan strongly defended Yang after the discovery of his membership with the CCP-affiliated groups.

“Pierre is one of the most genuine, nicest and considerate people I know, and he has my full confidence,” McGowan told the ABC.

McGowan has also repeatedly worked to strengthen relations between WA and Beijing and defended his position on the basis that WA’s economy relies heavily on China, with 56 percent of its goods and over $100 billion worth of exports sent to the Asian nation in 2020.

Earlier this month, McGowan criticised Australian Prime Minister Scott Morrison for speaking out against China and defended Beijing’s sanctions on Australian products—including coal, wine, barley, beef, timber, and cotton—saying that the CCP was just acting in its best interest.

McGowan has also made efforts to maintain positive relations with Beijing through the CCP consulate in the state’s capital, Perth, arranging multiple correspondences with at least three consul-generals who have each since passed the torch.

This includes the most recent appointment of the new consul-general, Long Dingbin, whose arrival prompted McGowan’s office to arrange a welcoming meeting between the two. Long is a strong proponent of the Belt and Road Initiative (BRI), who headed up Beijing’s largest, multi-billion dollar BRI project in Pakistan.

McGowan reportedly told Long he had visited China a total of four times since becoming WA’s premier, including his last visit to Beijing in 2018, where Yang accompanied him. A WA Labor spokesperson told The Epoch Times that McGowan’s visits were for trade, education and tourism purposes.

McGowan was also vocally supportive of the Chinese regime while COVID-19 cases were rapidly rising in Wuhan, with a post by another key UFWD organisation’s website showing that McGowan met with prominent Beijing-linked figures to demonstrate solidarity with them.