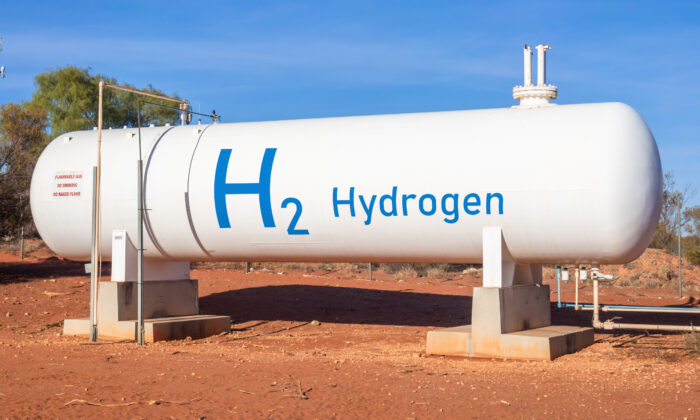 The Western Australia (WA) government has spent $1 million on exploring the feasibility of using depleted oil and gas wells, salt caverns, and underground mines to store the vast quantities of hydrogen it plans to produce in the near future.

The state which has its eyes on becoming a hydrogen-making giant and is set to host the world’s biggest facility, the Western Green Energy Hub—a 50 GW (gigawatt) renewable energy hub set to cost $95 billion and be capable of producing 3.5 million tonnes of hydrogen per year.

In all, WA has around 100 GW of hydrogen-making renewable energy hubs in the pipeline over the next decade—double the roughly 50 GW in Australia’s entire stable of coal, gas, and renewable power stations.

But there are few places that can store such large quantities of hydrogen in the state, an issue that has prompted the WA government to explore forms of subterranean solutions that have previously been proven useful in the storage of natural gas.

“As we start producing more and more hydrogen, we need to know how we are going to safely move and store it around the state,” MacTiernan said.

Comparatively smaller projects planned, such as the 8 GW HyEnergy and 5 GW Murchison Renewable hydrogen projects, are situated on top of the Perth Basin—an oil and gas-rich strip stretching alongside WA’s coastline with available depleted wells.

However, the feasibility report (pdf) noted that the technology was in its infancy and that there were currently no depleted oil or gas fields used to store hydrogen.

The report highlighted that salt caverns had been proven to work previously and were the most robust form of underground storage due to the sealing properties provided by the salt-laden cavern walls.

However, the giant 50 GW Western Green Energy Hub has limited nearby options, with the authors of the report suggesting surface options may be more feasible and effective.

A second report was commissioned into the potential use of the Dampier to Bunbury Natural Gas Pipeline—Australia’s longest gas pipeline at a length of more than 1,500 km—to support the transmission of hydrogen along the state’s coast.

The report (pdf) outlined a potential pathway of transporting hydrogen in certain sections of the pipeline by blending natural gas with hydrogen at concentrations of, at most, nine percent.

WA’s hydrogen push and its Renewable Hydrogen Strategy and Roadmap have been driven by the state’s extensive land availability coupled with ideal conditions for harnessing solar and wind.

“The WA Government has committed $160 million to making sure Western Australia reaches its potential and becomes a global supplier of renewable hydrogen,” MacTiernan said.

A state government spokesperson said that early works of many of the projects would begin within the next few years, with Asia becoming the target destination for most of the exports.

“These projects are led by the private sector,” the spokesperson told The Epoch Times. “We expect large-scale renewable hydrogen exports from WA to get underway over the next three to four years.”

The WA government has also expressed interest in using the hydrogen domestically for transport, allocating an initial $10 million allocated for its Hydrogen Fuelled Transport Program the outcome of which will be announced in mid-2022.

The federal government has placed hydrogen as a top priority in its goal to invest in low-emissions technologies, recently signing a hydrogen trade pact with Japan in a bid to ramp up production and export.

Hydrogen hubs have also been announced in most other states, including New South Wales, Victoria, Queensland, and the Northern Territory.