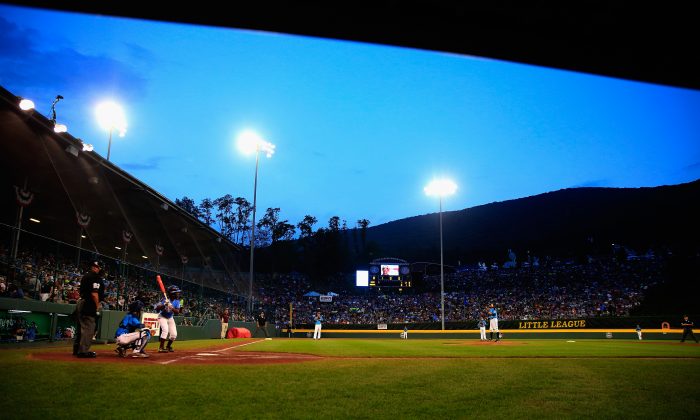 A general view from the first inning between Pennsylvania and Nevada during the United States division game at the Little League World Series tournament at Lamade Stadium on August 20, 2014 in South Williamsport, Pennsylvania. (Photo by Rob Carr/Getty Images)
US

West and Great Lakes are scheduled to play in a Little League World Series United States Championship match on Saturday afternoon for a chance at making the Little World Series finals.

Mountain Ridge are still unbeaten in the competition, while Taney Youth Baseball Association have a 2-2 record.

The winner of the World Series Championship game will be crowned the champions of the Little League World Series.

A team outside California, Hawaii, and Georgia in the U.S. hasn’t won the tournament since 2002.

Musashi Fuchu of Japan won the 2013 tournament over Chula Vista of California.

The United States last won the tournament when Huntington Beach of California took the title in 2011.

Seoul have an unbeaten 3-0 record in the series, while Tokyo Kitasuna have a 2-1 record.