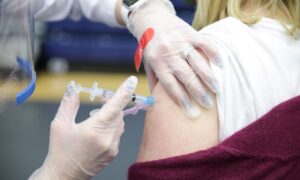 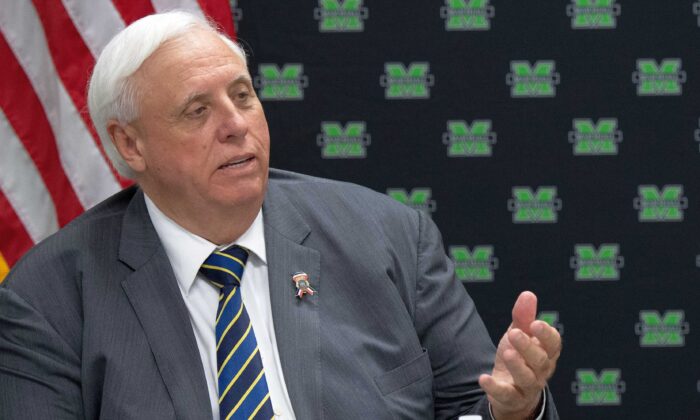 West Virginians who get a COVID-19 vaccination will be entered into sweepstakes to win custom guns or $1 million, Gov. Jim Justice announced on Tuesday.

“I’m sure we’ll have a bunch of happy campers,” Justice said.

Some details of what is being described as an incentive lottery were announced last week but more information was released on Tuesday.

Along with guns, the state plans on doling out college scholarships and pickup trucks. The state is buying the prizes before handing them out, as opposed to receiving donated items to award to vaccine recipients.

Only people who have received a COVID-19 vaccination are eligible and those people must also register at a website the state is creating.

Ohio kicked off the trend of giving out incentives for getting vaccines. Gov. Mike DeWine, a Republican, announced on May 12 that five residents would each get $1 million in a lottery-style drawing.

Ohio saw its vaccination rate surge by 28 percent in the wake of the announcement. “We need to save lives. We need to get Ohio moving forward. The way we do it is through vaccines. This is our ticket out of the pandemic. This is the great tool that we have now,” DeWine said in defense of the program.

“I can’t stand for Ohio to get ahead of us on anything,” Justice, the West Virginia governor, told reporters on Tuesday.

West Virginia has administered 1.4 million COVID-19 vaccine doses, with nearly 675,000 residents getting fully vaccinated against the CCP (Chinese Communist Party) virus., which causes COVID-19, according to the West Virginia Department of Health & Human Resources. About half of the state’s residents who are 12 or older have received at least one dose.

The state reached the goal of vaccinating 75 percent of people 50 years old or older and 84 percent of 65 years or older, Justice said.

He noted that some people would wonder why the state needed to give prizes to people for vaccinations.

“If you just step back and think, ‘well, why in a world would you have to give away something to get somebody vaccinated?’ Well unfortunately, it’s the way [of] the world in a lot of situations,” he said.

“We had people run and beg to be able to get their vaccination. I would tell you, throughout countries all across this globe, especially India today, people are begging, begging to have the ability to get vaccinated. So in all things and everything, maybe we shouldn’t have to give away things to get people across the finish line. But just think about this: the faster we get them across the finish line, the more lives we save. Absolutely, that’s all there is to it. It’s just as simple as just that. The faster we get them across the finish line, the more money we save as a state. And absolutely, these dollars become not miniscule, because these are real dollars that we’re giving away. But absolutely, at the end of the day, if the tab just keeps running, the cost is enormous. The testing cost is enormous. The hospitalizations are enormous. The deaths are really, really bad. And so we got to get all of our folks across the finish line.”