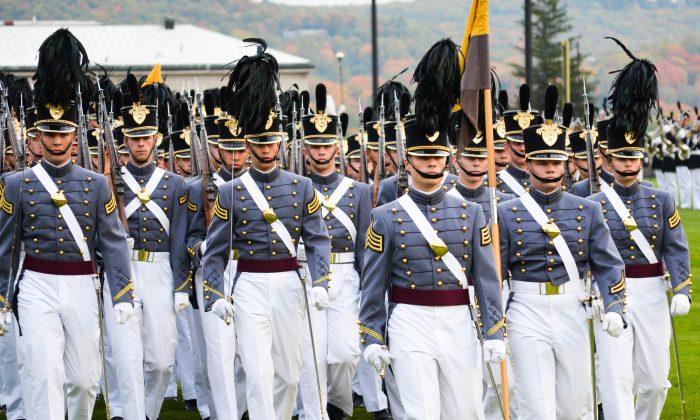 WEST POINT—The conclusion of a three-day trial of West Point Cadet Lucas Saul charged with two counts of sexual assault and one count of sodomy resulted in his acquittal at West Point on Jan. 22. While Saul was found innocent, critics of the army, including some within its ranks, say there is a general problem with sexual misconduct in today’s service.

A five-member panel, consisting of members of the U.S. Military Academy’s staff and faculty, returned a verdict of not guilty for Saul, class of ’15, who was charged with sexually assaulting a woman classmate.

The charges alleged that Saul engaged in inappropriate contact with a woman cadet without her consent on three separate occasions both on and off West Point property between March and December 2012.

“West Point takes all allegations very seriously,” said Director of Public Affairs Lt. Col. Chris Kasker. “In this particular case, a court-martial was held to find the truth and the panel has determined Cadet Saul is innocent of all charges.  All the facts were presented in a full and open hearing and the issue was resolved in a manner consistent with military law and due process requirements.”

Saul has been on administrative leave since Aug. 17, 2015. There is no word on whether he will return to the academy.

The allegations against Cadet Saul occur within the context of an ongoing controversy about how the military handles sexual assault allegations. The military has responded to criticism by seeking to improve. For instance,  a procedure laid out in the Military Justice Improvement Act is designed for sexual assault incidents.

That act is designed to reduce the fear and retaliation victims often receive when reporting an assault. The legislation leaves the decision to prosecute to independent, trained, professional military prosecutors.

A victim in military service may file a sexual harassment or assault complaint informally for less severe incidents. If medical treatment or legal assistance is required, the survivor may file an unrestricted report. Involvement of law enforcement or going up the chain of command may happen.

A SHARP (Sexual Harassment/Assault Awareness and Reporting Program) specialist ensures the victim receives appropriate care. If a victim wants to make a report but without an official investigation, they may file a restricted report to receive medical treatment, legal assistance, and counseling as needed. The assailant will not be punished under this procedure.

An example of how the army is trying to get a handle on sexual harassment occurred on Jan. 11 at a summit of non-commissioned officers held at Joint Base Elmendorf-Richardson in Alaska. The event was part of the SHARP program.

The Defense Media Activity website reports that Command Sgt. Maj. Terry Gardner gave an unfiltered, honest, and harsh look at sexual misconduct in the military. “It is my hope that these NCOs are really inspired to change the culture,” Gardner said.

“We have so many soldiers that want to do the right thing, but they don’t know what right looks like,” said Sgt. Maj. Stephen Bowens, sergeant major of Headquarters Department of the Army SHARP Program, in the Defense Media Activity article.

Monique Ferrell, director, Headquarters Department of the Army SHARP Program Office at the Pentagon, was a speaker at the Alaska summit who advocated for the program “Not in my Squad.”

The “Not in my Squad” motto pushes the prevention of sexual harassment and assault down to the junior levels where even lower-enlisted personnel can feel empowered to correct the behavior of those around them.

While the army has been making efforts to address problems of sexual misconduct, critics say it continues to have a significant problem.

The highly-acclaimed 2012 documentary “The Invisible War” features interviews with military veterans who recount their sexual assaults. They speak of an unfair justice system, reprisals, blocks to advancement, and forced expulsion from service.

Senator Kirsten Gillibrand (D-NY) has made the issue of sexual assault in the military a centerpiece of her tenure as senator. On her website, Gillibrand says 62 percent of women in the military who report an assault experience some kind of retaliation. “The amount of retaliation remains unchanged from 2012, while the estimated number of unwanted sexual contacts remains at 2010 levels, an average of 52 new cases every day,” Gillibrand reports.

According to Senator Kirsten Gillibrand the Department of Defense failed to attain zero tolerance.

She said the Department of Defense failed to attain “zero tolerance” in 2014 in an initiative first announced 20 years ago. A recent survey stated that 76 percent of women in the military and almost half of service men said sexual harassment is common. There is little trust in the chain of command.

Senator Gillibrand and Human Rights Watch (HRW) independently released recent reports about how poorly sexual assault victims in the military are treated and how few rapists are ever punished.

In addition to the charges brought against Cadet Saul, other allegations of sexual assault at West Point have recently surfaced.

In a July 15, 2013 blog post, a former cadet named Susan Shannon claims that in 1986 she was raped while in her third year at West Point. She also claims her roommate was raped, and neither of them reported the rapes. Shannon writes that an officer at West Point told her of rapes now being reported that happened 25 years ago at West Point.

The officer Shannon accuses of raping her filed a a $2 million defamation lawsuit against her in September of last year.

A lawsuit filed in April, 2015 addresses the way the military handles accusations of sexual assault and harassment. One of the cases in the lawsuit involves the West Point rugby team in 2013. Then-Cadet Celina Baldwin alleges unwanted sexual touching from male cadets. Baldwin, now a first lieutenant deployed in Kuwait, also complained of a culture of harassment at West Point.