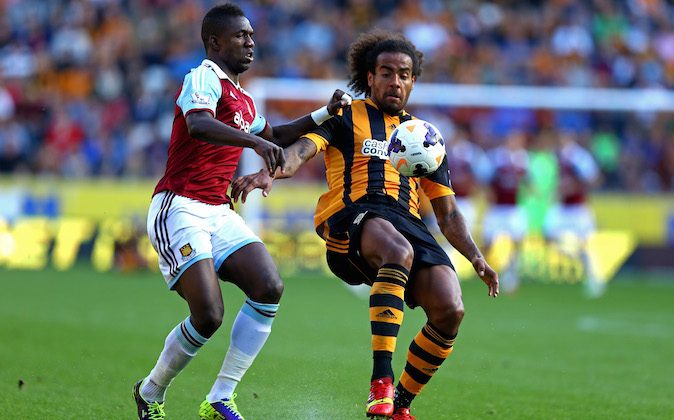 Tom Huddlestone of Hull City controls the ball as Modibo Maiga of West Ham closes in during the Barclays Premier League match between Hull City and West Ham United at KC Stadium on September 28, 2013 in Hull, England. (Photo by Matthew Lewis/Getty Images)
Soccer

The game will be broadcast on radio on BBC Radio 5 Live in the United Kingdom.

West Ham have won 2 and loss 3 of their last five matches (LLLWW).

Hull have won 3 and loss 2 of their last five matches (WLWLW).

A draw seems likely in this fixture.