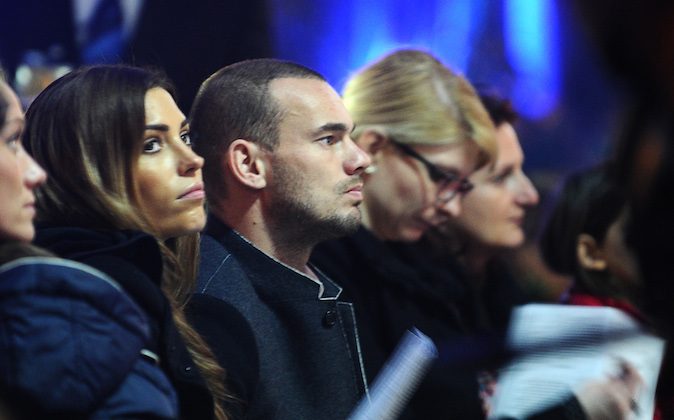 Brazil World Cup 2014 is well under way, and fans will be wondering about the wives and girlfriends (WAGs) of the various soccer superstars.

Wesley and Yolanthe started dating in August 2009, just after Wesley finalized his divorce with Ramona.

The couple married in July 2010, and do not have any children of their own. Wesley has a son from his previous marriage.

Yolanthe co-founded the Stop Kindermisbruik Foundation, which helps to fight against child abuse in developing countries.

Check out an AP article of the Netherlands and Australia match.