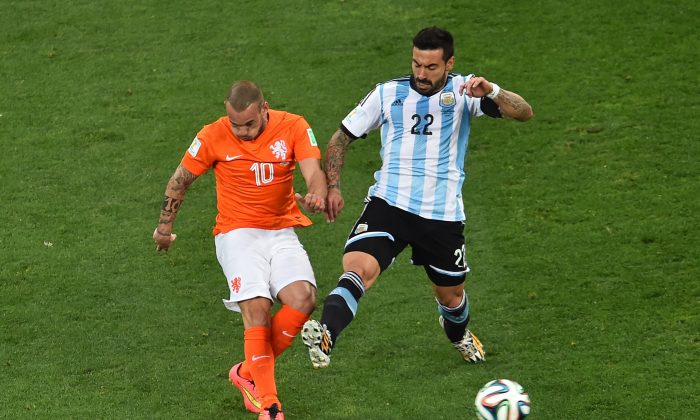 Wesley Sneijder got hurt against Argentina today in the 37th minute.

The midfielder hobbled off the field, but came back on shortly after.