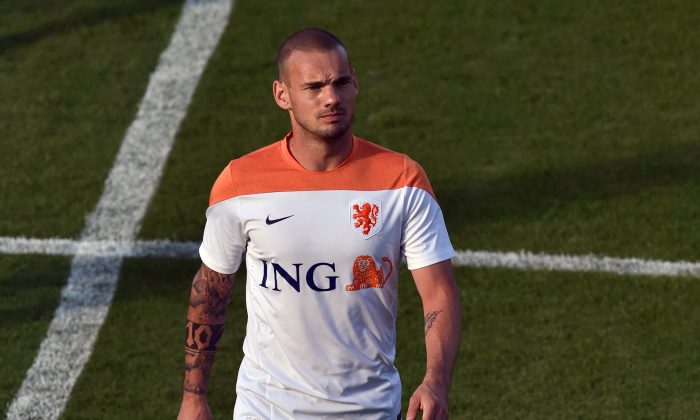 How does Wesley Sneijder rate in FIFA 14, and how has he played for Galatasaray in the 2013/2014 season?

At Galatasaray last season, Sneijder made 28 appearances in the Turkish Super Lig, and scored 12 goals. Sneijder also made 6 UEFA Champions League appearances, scoring 2 goals and providing one assist, according to WhoScored.com.