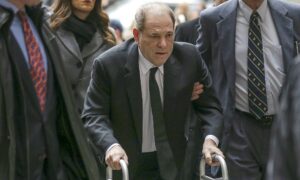 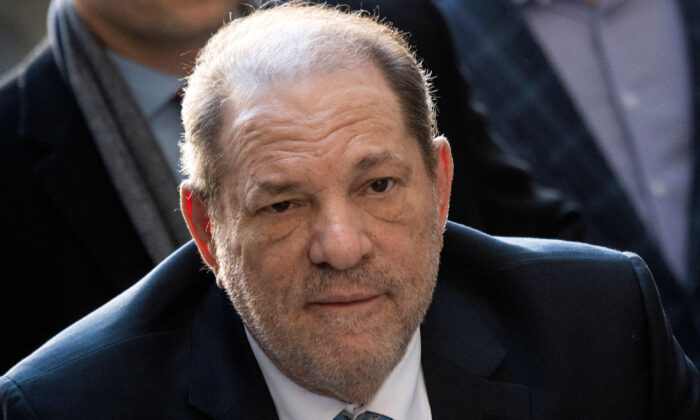 NEW YORK—Former movie producer Harvey Weinstein, who was convicted of rape and sexual assault last week, was transferred to New York’s Rikers Island jail complex from Bellevue Hospital on Thursday after undergoing a procedure to clear a heart blockage.

Weinstein arrived in Rikers’ North Infirmary Command section, which houses inmates requiring medical care, by midafternoon, according to jail records. The move came after Weinstein underwent the procedure on Wednesday, according to his spokesman, Juda Engelmayer.

The former producer had been taken to Bellevue following his conviction on Feb. 24, after his bail was revoked and he was taken into custody.

The Rikers Island jail complex, whose main building went up in 1932, has long been plagued by violence and neglect. New York City Mayor Bill de Blasio vowed in 2017 to close it within a decade.

Weinstein, 67, was found guilty of sexually assaulting former production assistant Mimi Haleyi in 2006 and raping former aspiring actress Jessica Mann in 2013. He faces up to 29 years in prison when he is sentenced on March 11.

More than 80 women have accused Weinstein of sexual misconduct. He has denied the accusations.

The former producer was a key force behind acclaimed films such as “The English Patient” and “Shakespeare in Love,” which both won Oscars for best picture. His former film studio, the Weinstein Co, filed for bankruptcy in March 2018 and is being liquidated.

In addition to his convictions in New York, Weinstein also faces several felony charges in Los Angeles in connection with alleged sexual assaults against two women in 2013.