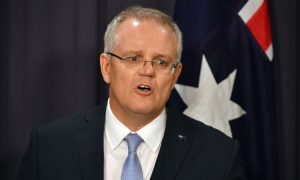 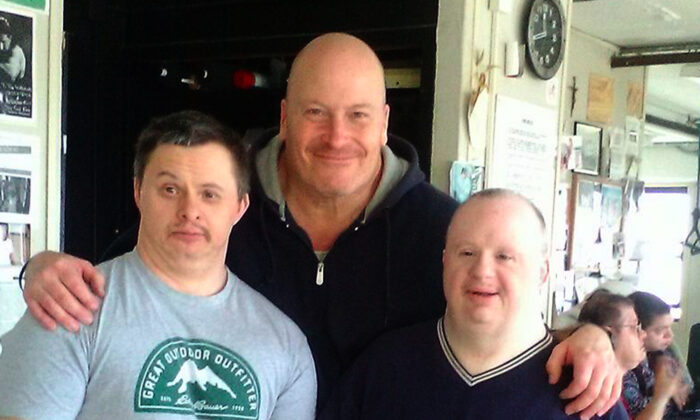 Weightlifter Ned Norton is no stranger to taking on big challenges. He has been training ever since he was 12 years old, in response to constantly getting sick, before going on to train others—including Olympians and professional powerlifters. When the chance came to take on someone with a spinal cord injury who was in a wheelchair, Norton accepted without hesitation.

Since that first trainee came his way, Norton has helped hundreds of people with disabilities and special needs tap into their abilities. “I know what we need to do is to increase range of motion, get stronger, get independent,” he told People. “It’s that simple.”

Norton never set out to become famous for creating the country’s first gym dedicated to people with disabilities Warriors with Wheels. It was an encounter with a fellow trainer at the gym who requested his help. “I’ve got a friend of mine who fell, he’s paralyzed, doesn’t want to go out of the house,” the fellow told Norton.

Though he had no prior experience training people with paralysis, Norton remembers just focusing on what the man could do. “I put him on the bench press and he loved it,” he said to NationSwell. “He went back to rehab and nobody could believe it was the same guy. His attitude was so different.”

The experience was so wonderful for everyone involved that the man referred people he knew from the hospital to Norton. That’s when the bodybuilder started thinking. “It felt like maybe that I was meant to do. I just enjoyed it so much.” His reputation expanded from there, and soon he needed more space.

Warriors with Wheels found its permanent home in 1999 when the city of Albany, New York, gave them a space in an abandoned public-housing project. Norton described how it works to NationSwell: “People with disabilities are referred to me through hospitals, disabled service organizations, to come to our gym, increase their strength which directly leads them to be more independent.”

The job has never been about the money for Norton, since he started by offering free training. Most of the people he works with are on a fixed income and unable to find a job. He has relied on regular donations from well-wishers and charitable organizations to keep the project going.

In spring of 2018, Warriors with Wheels received $15,000 from the ride-sharing service Uber after being nominated by a friend who is a driver for the company. “To get a grant like that out of the blue was awesome,” Norton told WALB.

Though he’ll never be rich the way some top-flight personal trainers are, he couldn’t imagine a more rewarding job. “The best thing about me training people with disabilities is, it’s more than scoring touchdowns or winning trophies, it directly relates to improving their life,” he told NationSwell.

Norton is the kind of person who likes a challenge, whether physical or otherwise. As he told CNN in his profile for the network’s “Heroes” series, “People come to me when they’re at their lowest.” But when they leave their first session, things have started to change.

“The best thing for them, before they even speak to me is they see other people with disabilities already in there doing things,” he told NationSwell. “The physical benefits are obvious.” But even more, it’s seeing smiles on faces that have been through suffering.

“What I think is important are the psychological benefits from the program,” Norton says. “It’s social, it’s about having common experiences and how to deal with them. It goes far beyond just the exercise itself.” Norton doesn’t really think of the job as “work.” “I get so much from it, how could I not give back,” he adds.

Norton has been writing the playbook for disability-focused gyms. “I’ve never known how I’ve kept things going all these years, year-to-year I go out and I raise grant money and write grants, which of course I never did before,” he told People.

Meanwhile, almost 30 years after getting the gym of his dreams, he continues with the mission of helping others. As Norton said to CNN, “I’m building them up stronger, so they can go out and live life like they are supposed to.”