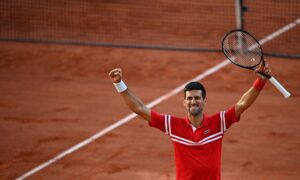 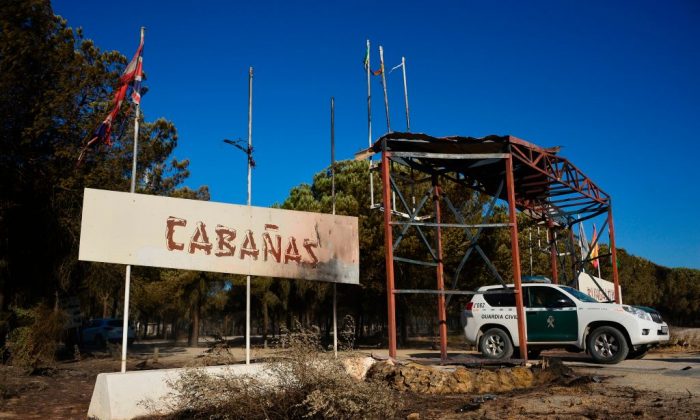 A picture taken on July 26, 2017 shows a Spanish Guardia Civil vehicle parked in the burned entrance of a camping of Mazagon after a wildfire, near the Donana National Park. (CRISTINA QUICLER/AFP/Getty Images)
Europe

Around 2,000 people had to be evacuated from their homes in southern Spain while firefighters gained control of a forest fire near the Donaña National Park wildlife reserve over the weekend.

Around 400 fireman and soldiers battled the last of the flames on Monday, June 26, using dozens of vehicles and 14 firefighting aircraft. Meanwhile, around 450 people were still waiting to return to their homes.

The fire comes during a heatwave that has gripped much of Europe including the the Iberian Peninsula, bringing water reservoir levels to record lows as temperatures climb to over 104 Fahrenheit.

That area, the southern region of Andalusia, is home to the Chicago-sized Donaña National Park. The reserve is home to the Iberian lynx, the world’s most endangered feline species, one of which had to be removed from a breeding center due to the blaze.

The diverse area contains marshes, streams, and sand dunes, important habitat to many animals, including the rare Spanish imperial eagle.

The blaze was first spotted on Saturday night in the Moguer region near Huelva. It was fed by windy conditions over the weekend that made it difficult to predict how the fire, and the battle to suppress it, would unfold.

Around 750 people were housed temporarily in sports centers, though many have now returned to their homes.