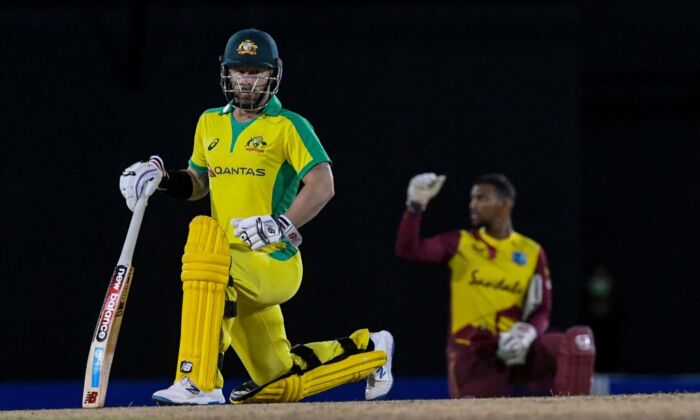 The weaponisation of identity politics in Western nations threatens freedom of speech and the marketplace of ideas in liberal societies, one expert has declared.

In The Threat of Identity Politics, published by Sydney-based thinktank Centre of Independent Studies, author Simon Heffer said political activists such as the Marxist Black Lives Matter movement used the global outrage over the death of George Floyd for objectives that go beyond racial equality.

“Such consequences were desired by some for whom Floyd’s killing could be used to further a political agenda broader than that of equality and justice irrespective of race,” he wrote.

Heffer, who is also a modern British history professor at the University of Buckingham, said the tidal wave of identity politics it brought forward has led to “rancour, division, and distrust” across Western nations.

He argues that identity politics could make normally rational people, who consider themselves part of an oppressor group, behave in an irrational, self-hating way.

“They do this in order to distance themselves from appalling behaviour that it would never occur to them to engage in, but also for fear of being seen not to conform and thereby attract public condemnation,” Heffer said.

A discussion paper published in 2019 by a parliamentary inquiry into ‘nationhood, national identity, and democracy’ said people in identity politics movements often hold perspectives that would inhibit free speech and contribute to divisions within society.

“[It fosters] an intolerance of differing perspectives in a way that may well alienate other segments of the community from democracy, as they come to believe that their perspectives and contributions are unwelcome in the public space,” the paper said.

Heffer believes that politicians, particularly in America and the UK, have been a major driving force behind identity politics after left-wing politicians jumped onto the Black Lives Matter bandwagon following the death of Floyd.

“There’s nothing in the Western world now that will give a politician more credit more quickly than by claiming their own virtue, that they’re not racist, and by accusing others of racism,” Heffer told Sky News Australia. “It’s a very quick way to get headlines, and it’s a very quick way to make yourself look good.”

But Heffer notes that although BLM began in response to legitimate issues, it had morphed into an organisation for anti-capitalists and anarchists that weaponise the sympathies of people to advance their own agenda.

Heffer noted that in Britain, the movement had been largely led by people who had long histories in the anti-capitalist and anarchist movements.

“These are people who have used the abominable killing of George Floyd to make arguments about anarchy and about anti-capitalism,” he said.

When BLM’s Marxist roots are pointed out, Heffer said many people and companies are either unwilling to remove their association with an anti-racism movement or don’t care due to the benefits it gives them. Others are also willfully ignorant of the fact.

“Only by making the wider public aware of what such groups really stand for, will this cynicism be countered,” he wrote. “Identity politics is but the latest weapon in a war that is being fought for very high stakes.”

The comments by Heffer come after former Labor politician Keith DeLacy warned that the “woke brigade” within the Labor party and their obsession with identity politics, cancel culture, and the BLM movement would destroy the party.

“This country needs to accept that a person’s race, gender and sexuality are irrelevant to their worth. What counts is having a go,” DeLacy wrote in his memoir. “It seems for some people it is not progress and reconciliation they want; it is the intoxication of the battle and the warm glow of victimhood.”