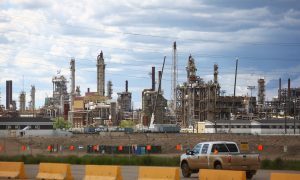 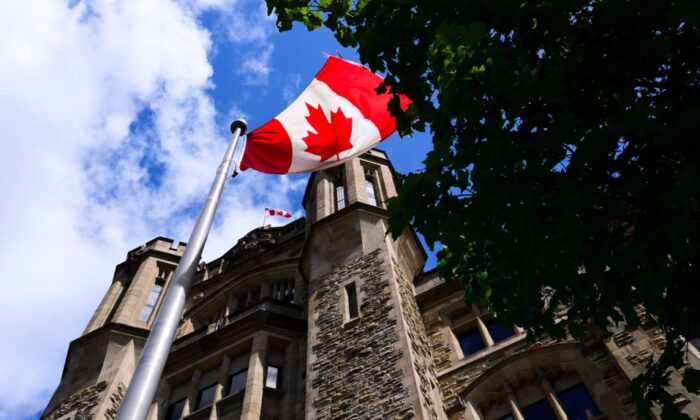 With the 44th federal election on Sept. 20, political parties are pumping out economic plans and promises, and the wealthy are once again becoming a punching bag given the types of tax schemes proposed. Such promises can appeal to the masses and win votes, but they come with a number of flaws and implementation difficulties, according to analysts.

But one tax in particular—a wealth tax—is especially inappropriate, says Jack Mintz, President’s Fellow of the School of Public Policy at the University of Calgary and one of Canada’s foremost tax experts.

The NDP is proposing that those with over $10 million in wealth pay a 1 percent wealth tax. Their 115-page commitments document doesn’t provide any further details, however.

“It is an absolutely bizarre policy to recommend,” Mintz told The Epoch Times.

People are already paying tax on their income generated from wealth, such as dividends, capital gains, and interest, he added.

For interest income, the rate of return adjusted for inflation is already negative and a wealth tax would be like double taxation.

“So you’re putting a wealth tax on people that aren’t even earning income on [that wealth],” Mintz said.

The Canadian Taxpayers Federation (CTF) argues against a wealth tax, saying it would be complex to administer and have negative economic impacts, but the organization understands the politics behind the tax.

“The prospect of a wealth tax at the federal level in Canada has the potential for broad political appeal; 99 percent of Canadians are by definition outside the top percentile of wealth in this country, and politicians may be rewarded if they succeed in convincing these voters that the debt burden can be lifted off their shoulders and paid for by someone much richer,” said accountant Neal Winokur in a CTF report released in February titled “Why a Wealth Tax Will Hurt Canadians.”

Measuring all forms of wealth itself is a tricky endeavour. For example, what are paintings worth? How much is a farm worth, especially if it has been in the family for 100 years?

The PBO determined that for those facing the 3 percent tax rate, 15 percent of their wealth is likely to be avoided or evaded through tax avoidance and evasion techniques, while for those facing the 5 percent tax rate, nearly 20 percent of their wealth would be avoided or evaded. The federal spending watchdog said that not expecting such a behavioural response to a wealth tax is implausible and that there is “high uncertainty about the true response to the imposition of this tax.”

Canada already has a highly progressive tax system, said Philip Cross, a senior fellow at the Fraser Institute in a January 2020 study on taxing the rich.

“The top 10 percent of income-tax filers pay over half of all income taxes,” Cross said, adding that their relative tax burden is the highest on record dating back to 1982.

While Canada is still in the midst of the economic recovery, its deficit and debt have reached record levels and this typically leads to tax hikes.

One problematic aspect with the record debt level is the interest cost—the PBO projects it to nearly double from its 2020–21 level to reach $37.6 billion in 2025–26 due to debt accumulation and higher interest rates.

The NDP put out a slew of tax-the-rich proposals as part of its economic plan, including implementing the 1 percent wealth tax, raising the capital gains inclusion rate to 75 percent from 50 percent, and increasing the top federal tax rate from 33 percent to 35 percent.

Mintz said raising capital gains taxes had some merit from a tax policy perspective in that it would better align with current dividend tax rates. But it would be particularly harmful to raise the capital tax gains rate when inflation is rising as it is, he added.

“It would have a negative impact, of course, on entrepreneurship, and it would have very significant impacts on many older parts of the population that are saving money for retirement,” Mintz said.

The Liberals have raised taxes on the wealthiest 1 percent, but the 2021 budget did not include additional taxes on the rich.

“I suspect that the Liberals want to raise the capital gains tax rate themselves,” Mintz said.

The Conservatives did not put any personal income tax hikes in their recovery plan and are instead offering a number of tax credits.

The NDP did not respond to The Epoch Times’ request for further details on their tax proposals.

“This is not the time to raise taxes. We’re still in the midst of the health restrictions and a very uneasy economic recovery,” Mintz said.