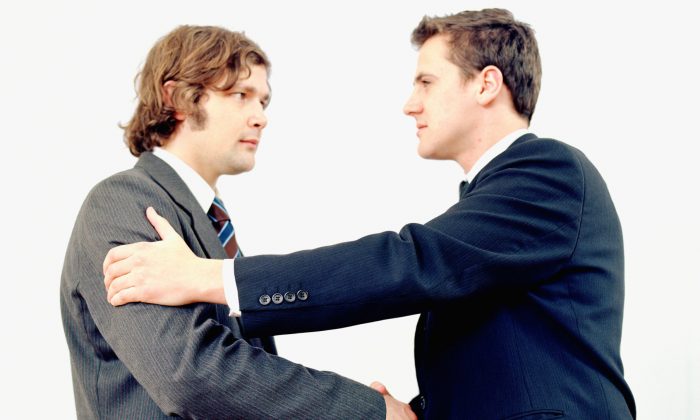 We Judge Trustworthy Faces in a Snap

Our brains are able to judge the trustworthiness of a face even when we cannot consciously see it.

“The results are consistent with an extensive body of research suggesting that we form spontaneous judgments of other people that can be largely outside awareness,” explains Jonathan Freeman, an assistant professor in New York University’s psychology department.

The researchers focused on the workings of the brain’s amygdala, a structure that is important for humans’ social and emotional behavior. Previous studies have shown this structure to be active in judging the trustworthiness of faces. However, it had not been known if the amygdala is capable of responding to a complex social signal like a face’s trustworthiness without that signal reaching perceptual awareness.

To gauge this part of the brain’s role in making such assessments, the study’s authors conducted a pair of experiments in which they monitored the activity of subjects’ amygdala while the subjects were exposed to a series of facial images. Their findings appear in theJournal of Neuroscience.

These images included both standardized photographs of actual strangers’ faces as well as artificially generated faces whose trustworthiness cues could be manipulated while all other facial cues were controlled. The artificially generated faces were computer synthesized based on previous research showing that cues such as higher inner eyebrows and pronounced cheekbones are seen as trustworthy and lower inner eyebrows and shallower cheekbones are seen as untrustworthy.

Prior to the start of these experiments, a separate group of subjects examined all the real and computer-generated faces and rated how trustworthy or untrustworthy they appeared. As previous studies have shown, subjects strongly agreed on the level of trustworthiness conveyed by each given face.

In the experiments, a new set of subjects viewed the same faces inside a brain scanner, but they were exposed to the faces very briefly—for only a matter of milliseconds. This rapid exposure, together with another feature known as “backward masking,” prevented subjects from consciously seeing the faces.

Backward masking works by presenting subjects with an irrelevant “mask” image that immediately follows an extremely brief exposure to a face, which is thought to terminate the brain’s ability to further process the face and prevent it from reaching awareness.

“These findings provide evidence that the amygdala’s processing of social cues in the absence of awareness may be more extensive than previously understood,” observes Freeman, who as lead author conducted the study as a faculty member at Dartmouth College.

Republished from Futurity under Creative Commons license 3.0. Read the original.