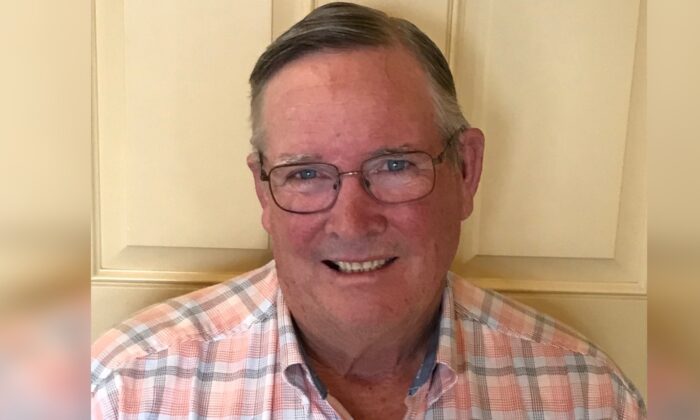 ‘We Have to Stand Up’: Rex Steninger on Defending the Constitution

Americans need to take action to defend the Constitution with the country’s future at stake, says Rex Steninger, the commissioner of Elko County, Nevada.

“We have to stand up, wake up, start pushing back or we’re going to lose this country,” Steninger told The Epoch Times.

Two Nevada counties passed a resolution last month declaring that federal officials were required “to obey and observe the limitations” outlined in the U.S. Constitution and the Bill of Rights.

“I think restrictions imposed during the pandemic was the catalyst for it. But they told us at one point we couldn’t leave our houses, they told us we couldn’t gather in groups, they told us to close our churches—those are all violations of the First Amendment, just as simple as that,” he said.

“They tell us to close our businesses in violation of the Fifth Amendment that protects us against seizure of our property without the due process of law. The pandemic restrictions were more the final straw. Through the years, there’s just been so many abuses. The government’s been [ticking] away at the Second Amendment for years. Now, most recently they’ve been passing the red flag laws and confiscate people’s guns and they don’t even get a chance to address the charges,” he added.

Nevada’s so-called red flag law, which enables a judge to order someone be forced to relinquish their firearms, went into effect last year.

Elko County in 2019 passed a resolution to establish the county as a sanctuary for the Second Amendment in response to the red flag law. Critics say such actions undermine the rule of law, but doing so was “fair game” after liberal counties and states declared themselves sanctuaries against some immigration enforcement laws, Steninger said.

“This comes down to a point in Elko County we don’t want enforce laws we disagree with. People say that that’s improper, but that’s the story of our country too, really, you rebel against unjust law,” he said.

Steninger will be one of the speakers in a panel discussion held by The Epoch Times on the importance of defending the Constitution.

The commissioner plans to draw on the expertise of the other panelists to guide him in overseeing a “constitutional county.”

“For example, instead of following all those directives through the pandemic, how could we push back, and how should we push back in the future if it happens again,” he said.