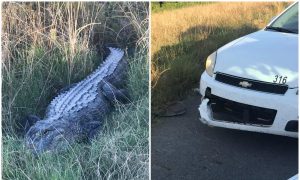 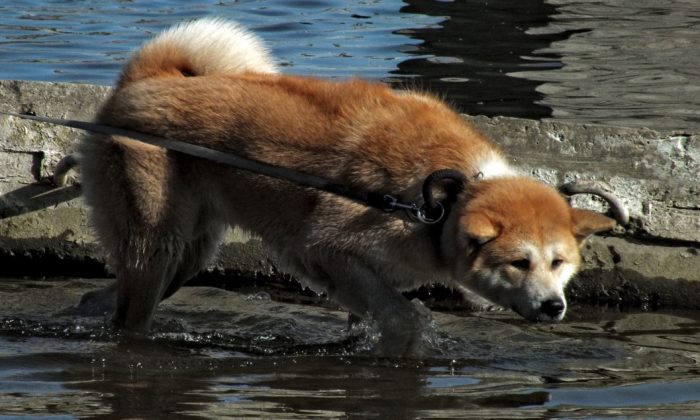 ‘We Don’t Blame the Dog,’ Say Parents of British Girl Whose Face Was Bitten in Attack

A two-year-old girl who tried to pet a dog at an agriculture show in the UK was nearly blinded after the dog bit her face.

Onlookers shrieked with terror as the dog lunged at the toddler on Saturday, July 13, Grimsby Live reported, and sank its teeth into her face a fraction of an inch away from her right eye.

Little Isla Williams was rushed to the hospital in Scunthorpe, where she underwent around five hours of treatment for her injuries.

“I figured the dog would be friendly with it being at a show full of kids and surrounded by a lot of people,” Lester told Grimsby Live, adding, “so I said Isla could stroke it.”

Lester said her daughter was petting the dog on the side of its head when it suddenly attacked.

“It was obviously extremely terrifying,” Lester said, adding, “the dog bit Isla and she was instantly bleeding.”

The tot’s mother said that while she “was mortified,” her daughter was resilient and took the attack in her stride.

“I can’t believe how lucky she was to get off with just bandaging on her head,” Lester said, The Metro reported. “She is a tough cookie and already thinks it’s better. She’s amazing, she just takes it on the chin and carries on, but I was mortified.”

Isla’s father, Danny Williams, was cited by the Daily Mail as saying the family was angry by the dog owner’s apparently dismissive attitude about the incident that could have left his daughter permanently disfigured.

“She is definitely lucky to only get away with minor injuries and I think it would be good to use this to raise awareness on how dangerous some dogs can be, especially to children,” he said, according to the report.

“If you have aggressive dogs, it might not be the best idea to take them to a place where hundreds of children will be.”

Isla’s mother was cited by The Metro as saying that they received “no apology” over what happened, with someone in the owner’s party seeming to try and justify the dog’s actions by saying that the toddler “appeared out of nowhere.”

‘We Don’t Blame the Dog’

In a follow-up interview with Grimsby Live, the father explained that the family did not want any action taken against the dog or its owners.

“At no point have we wished for the dog to lose its life, we simply wish to raise awareness,” he said. “We ourselves are a dog-friendly family with everyone in the family owning one, ranging from Shih Tzu to Rottweiler.”

“We don’t blame the dog for what happened, and we don’t even blame the owner,” the mother added. “No-one meant for this to happen.”

“But these things can happen and we are seriously lucky Isla was not more seriously injured.”

The publication posted the story on its Facebook page, to numerous reactions.

“Oh what a fabulous attitude!” one person wrote, adding, “what a great way to raise awareness. Thank you from a mum & a dog owner.”

“That’s so nice. Bless. It’s much more constructive for her to do this then simply have the dog put to sleep,” another person wrote. “I wish the little girl a fast recovery and big hugs.”

“I hope the owners of the dog are taking advise and precautions like having the dog assessed,” someone wrote. “I have a pooch and young children and would be devastated if this happened. I love the mature and considerate way this is being dealt with but do agree with people’s concerns.”

“Lots of emotion and some hot air being posted on this issue,” another person wrote. “The parents of the bitten child are being calm and pragmatic. They KNOW they should not have allowed their child to stroke a strange dog.” The commenter added, “The dog is of a breed known to be skittish at times and is not best adapted to very hot weather. It was likely very hot and stressed.”

“Never let your kids go up to a dog you don’t know,” someone else commented. “Ever.”

Nigel Ogg, an official at the Winterton Agricultural Society, was cited by the Daily Mail as saying, “The whole of the show committee were deeply saddened to hear about the incident on Saturday involving Isla.

“We have never had any problems in the past with any dogs at our shows.

“We always have paramedics on the showground, and in fact were only meters away from the incident and we treated Isla immediately.

“A full investigation into this will be looked into by ourselves so that nothing like this ever happens again.”