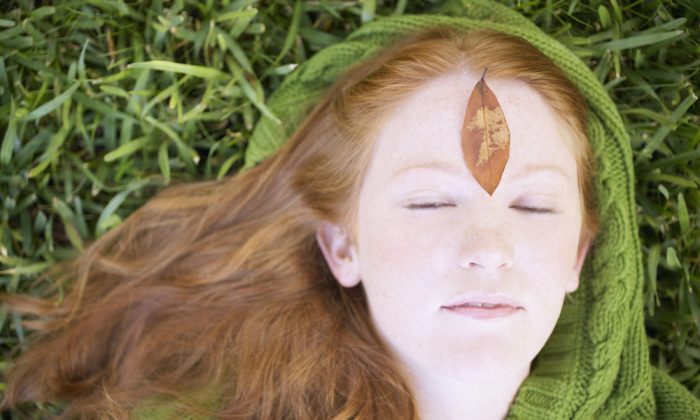 We All Have at Least Three Eyes—One Inside the Head

Scientists are still learning much about the pineal body, known in both Eastern spiritualism and Western philosophy as the seat of human consciousness. Eastern beliefs also hold that, on other plains of existence, eyes may be seen all over the body. Western science is slowly coming to understand the pineal body as a third eye.

For many years, scientists have recognized the similarities between the pineal body and the eyes. In 1919, Frederick Tilney and Luther Fiske Warren wrote that the similarities listed above prove the pineal gland was formed to be light-sensitive and possibly to have other visual capabilities.

You Have an Eye Inside Your Head: What’s it For?

The Man Who Grew Eyes: Latest in Stem-Cell Research

More recently, in 1995, Dr. Cheryl Craft, chair of the department of cell and neurobiology at the University of Southern California, wrote about what she called the “mind’s eye.”

“Under the skin in the skull of a lizard lies a light-responsive ‘third eye’ which is the … equivalent of the bone-encased, hormone-secreting pineal gland in the human brain. The human pineal is denied access to light directly, but like the lizard’s ‘third eye,’ it shows enhanced release of its hormone, melatonin, during the night,”  she wrote. “The pineal gland is the ‘mind’s eye.'”

A bundle of nerve fibers connects it to the posterior commissure, another part of the brain that is not well-understood.

In the 1950s, researchers discovered the pineal body’s ability to detect light, and to produce melatonin according to the amount of light it detects. In this way, it essentially controls important rhythms in the body. It affects the reproduction and immune systems. The pineal body was previously thought to be vestigial, but this discovery showed it actually has an important function.

In May 2013, another discovery was made that could change the way the pineal body is viewed.

It was found that a rat’s pineal body produces N,N-Dimethyltryptamine (DMT). DMT has a widespread presence in organic beings that is not well-understood. Some people ingest DMT to induce psychedelic experiences often characterized as intensely spiritual.

The study that confirmed the presence of DMT in the pineal glands of rats was conducted at the University of Michigan by Dr. Jimo Borjigin and at Louisiana State University by Dr. Steven Barker. It was partially funded by the Cottonwood Research Foundation, which is headed by Dr. Strassman and which supports scientific research into the nature of consciousness. It was published in the journal Biomedical Chromatography.

*Image of a girl via Shutterstock