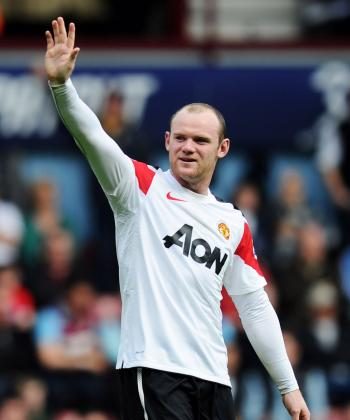 By Denis Charlton
Print
A stunning hat-trick from Wayne Rooney and a goal from Javier (Chicharito) Hernandez turned a 0-2 half-time deficit into a remarkable 4-2 win for Manchester United away to West Ham.

Many of us had this fixture down as a “danger game” for the league leaders, and at the break an upset looked to be on the cards. West Ham United was two goals to the good courtesy of a pair of penalties smashed home by Mark Noble. Neither spot-kick was open to dispute with Patrice Evra clearly handling with 10 minutes gone as Carlton Cole attempted to flick the ball past the left back.

Then, 14 minutes later, Nemanja Vidic (in his return match following injury recovery) tripped Cole on the edge of the area. With Edwin van der Sar succumbing to a groin strain it was Tomasz Kuszczak in the firing line but the second choice keeper was well beaten by Noble, first to his right and then to his left.

Sir Alex Ferguson took everyone by surprise when he took off Patrice Evra for the second half and sent Ryan Giggs, of all people, to left back with Chicharito coming on to partner Wayne Rooney upfront.

It proved to be an inspired move as, in the first minute of the half, Giggs advanced down the left and crossed for Hernandez whose unorthodox flick flew over the crossbar.

Three minutes later the afternoon could have turned thoroughly sour for the team in red and white when Vidic, who had already been booked, brought down Demba Ba with the sort of challenge that often draws a yellow card these days. But referee Lee Mason decided in Vidic’s favour and the Serb stayed on the field.

With Hernandez looking lively and linking up well with Rooney and Antonio Valencia on the right, the league leaders were starting to look the part. However, they still could not find the final ball to unlock the West Ham defence. At times Valencia and Ji–sung Park both looked a little tentative as might be expected after long absences through injury. In fact it was Park’s first game for the club in 2011.

The breakthrough finally came on 65 minutes when Michael Carrick was bundled over on the edge of the penalty area. Wayne Rooney took responsibility for the ensuing free kick and deftly curled the ball around West Ham’s defensive wall and inside the post. It was a superb strike which Robert Green, even at full stretch, could not get near.

The tiring Park was brought off in favour of Dimitar Berbatov who immediately looked in the mood and began to tease the Hammer’s defence mercilessly. The Red Devils could smell blood and with 73 minutes gone Fabio and Valencia exchanged passes on the right flank before Valencia crossed to Rooney. The number ten’s lovely first touch both brought the ball under control and took him around Matthew Upson, before a crisp shot across Robert Green found the bottom corner of the net bringing Manchester level.

Berbatov could have put the visitors into the lead on 76 minutes but Green saved well, yet it seemed only a matter of time before the inevitable would happen. Right full back Fabio went on a mesmerising run and as he tried to turn the ball back in front of goal from the by-line a bamboozled Matthew Upson handled. Wayne Rooney duly completed his hat-trick with a clinical strike from the spot.

The League leaders were rampant now with Berbatov continuing to torment West Ham’s hapless defenders. The Bulgarian set up Darron Gibson on 80 minutes but the Irishmen skyed his shot over the top. But, 4 minutes later, Rooney broke forward and sent a cross-field ball to Giggs who played a pinpoint pass into the centre where the ever alert Chicharito was on hand to slide the ball home.

Avram Grant’s Hammers did not have a shot at goal in the second period and not even a corner for the whole match, as against Manchester United’s 16. It all looked rosy for the home team at half time, but you don’t beat Manchester United over 45 minutes—or even 90 if there’s some injury time to be played.

Sir Alex Ferguson’s team will remain at least five points clear at the top and it could be more should Arsenal slip up. West Ham could have reached the dizzy heights of 13th place had they held on for the win; but, on Monday morning they will be in the bottom three regardless of what happens in the rest of the weekend’s fixtures.