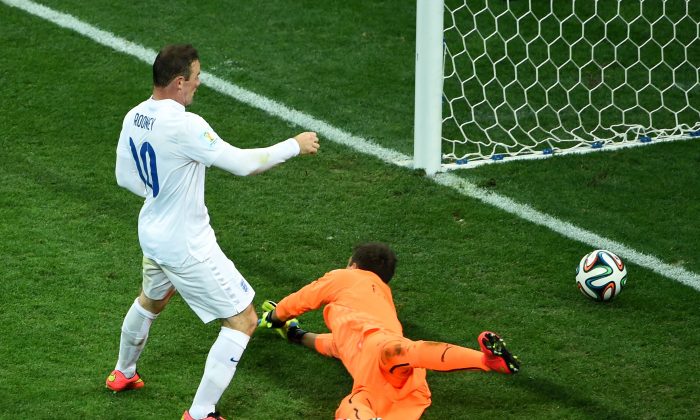 Wayne Rooney scored a goal against Uruguay on Thursday in the World Cup.

Uruguay went up in the first half on a goal from Luis Suarez.

SAO PAULO—Luis Suarez scored twice to give Uruguay a 2-1 victory over England at the World Cup on Thursday, making an instant impact on his return from injury.

The striker lashed in the winner in the 85th minute in the Group D match after seeing his first-half opener canceled out by Wayne Rooney.

Suarez, who hadn’t played for more than a month after undergoing knee surgery, is the Uruguay player who knows this England side best, having played for Liverpool for more than three years.

And by taking his World Cup tally to five goals, Suarez took the gloss off Rooney finally scoring his first on football’s biggest stage at his third tournament.

Rooney tapped the ball home from close range in the 75th minute after connecting with Glen Johnson’s pass.