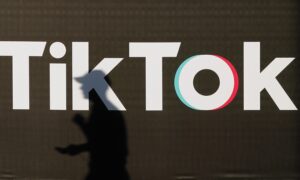 The Amistad Project is accusing Facebook’s Mark Zuckerberg of influencing the election with his money. They’re asking whether it’s right to inject private money into public U-S elections.

“This report and the evidence we’re gonna share today demonstrates that Mr. Zuckerberg’s funds flowing through charities, paid for the election judges, paid for the satellite offices to turn out the vote, paid for the machines, and dictated the policies that undermine state law,” said Phill Kline, Director of the Amistad Project of the Thomas More Society.

A key non-profit that Kline, a former Kansas Attorney General, referred to is the Center for Tech and Civic Life (CTCL).

According to CTCL’s press release, Zuckerberg and his wife have donated at least $250 million and committed to a total of $400 million as of October for election-related initiatives.

CTCL’s website says the money paid for recruiting and training poll workers, renting out polling places, and equipment to process ballots and applications.

Kline says this organization has agreements to implement a voting plan in cities that ask for financial help, like Wisconsin’s Kenosha, Green Bay, and Milwaukee.

An organization funded by Zuckerberg, who’s largely made donations to Democrats based on Open Secrets data, has a part in planning elections.