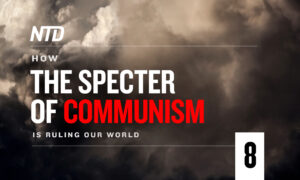 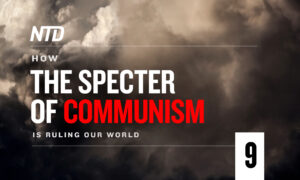 Special TV Series Ep. 9: Infiltrating the West Pt. 3
0
How the Specter of Communism Is Ruling Our World

NTD has produced a special TV series adapted from the book “How the Specter of Communism Is Ruling Our World,” by the editorial team of “Nine Commentaries on the Communist Party.” Watch the seventh episode, “Infiltrating the West Pt. 1,” here.

The 2016 U.S. presidential election was one of the most dramatic in decades. The campaign trail was full of twists and turns that persisted long after the election. The winner, Republican candidate Donald Trump, was besieged by negative media coverage and protests in cities around the nation. The demonstrators held signs emblazoned with slogans such as “Not My President” and declared that Trump was racist, sexist, xenophobic, or a Nazi. There were demands for a recount and threats of impeachment before he even assumed office.

Investigative journalism has revealed that many of these protests were instigated by certain interest groups. As shown in America Under Siege: Civil War 2017, a documentary directed by Florida-based researcher Trevor Loudon, a significant portion of the demonstrators were “professional revolutionaries” with ties to communist regimes and other authoritarian states, such as North Korea, Iran, Venezuela, or Cuba. The film also highlighted the role of two prominent American socialist organizations: the Stalinist Workers World Party and the Maoist Freedom Road Socialist Organization.

Having researched the communist movement since the 1980s, Loudon determined that left-wing organizations have made the United States their primary target for infiltration and subversion. The fields of American politics, education, media, and business have increasingly shifted to the left under the influence of well-placed individuals. Even as people around the globe cheered the triumph of the free world after the Cold War, communism was stealthily taking over the public institutions of Western society, in preparation for the final struggle.