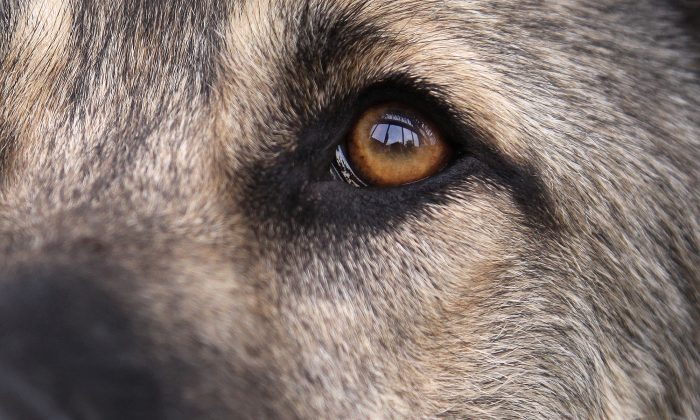 Watch: Dog Gets Obviously Excited After Being Rescued

A dog was apparently happy to be alive after being rescued from a river in Romania.

In the clip, the dog is seen struggling to climb up the side of an embankment. That’s when a man wades out into the water, grabs the dog, and then hands it off to another man who takes it to safety.

After the man arrives at the top of the path, the dog was quite happy to see him.

Some commenters praised the rescuer.

“How sweet! This makes me wanna cry! Look how happy that Pup was after he was rescued. He was eternally grateful to that kind Man and now has a Friend for life!!” said one.

“You made a friend for life,” wrote another.

Added another, “Wonderful to see and what joy the pup showed very well done!”

Others appeared to take notice with how the man grabbed the dog. Others thought such comments were out of line considering the dog was rescued.

“I hold my dogs by the scruff all the time and they are never in pain when I do it. So hush and be grateful the guy saved him,” said one commenter.

Said another, “That part of the neck is actually where dogs are grabbed by their parents (they use their teeth so think about it) when they are puppies. It doesn’t hurt them at all, its the best way to carry a light dog without taking any risk.”

Bicyclists Save Desperate Dog Tied to a Tree in the Forest

An animal rescue group in Portugal posted a video showing the moment a desperate dog was rescued after being tied to a tree.

The dog, which appears to be emaciated, was spotted by bicyclists in an undisclosed location. Spanish rescue group Asociacion Animalista Libera posted the video to its Facebook page in mid-December. It’s not clear when the rescue took place.

The group suggested the animal was left to die in the forest.

“It takes a very bad person to leave a defenseless animal like that … with a rope that would not allow [it] to lie down,” the post read. The dog “was very lucky that a group of cyclists found him and decided to rescue him,” it said, according to a Spanish to English translation before adding, “A thousand thanks!”

In the video, the dog apparently was tied very close to the tree and its ribs are seen sticking out. The bicyclists then were able to cut it free before giving it some food. It’s not clear what happened to the animal after the video.

Other details about the dog rescue are not clear.

The website DogHealth.com says that dogs that are underweight have visible rib “bones protruding and do not feel a small amount of muscle/fat over them when you run your hands along your dog’s sides.”