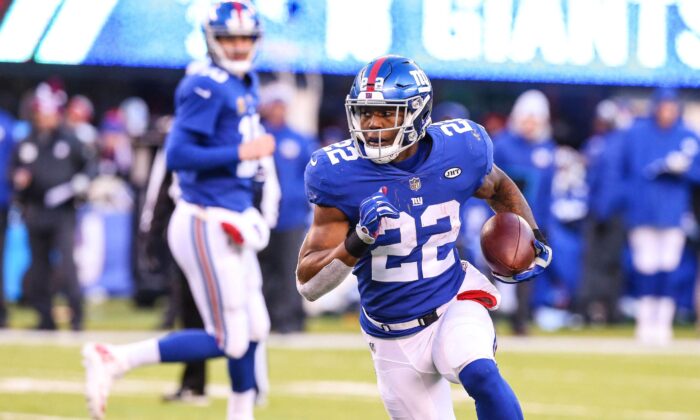 Washington Redskins strong safety Deshazor Everett (22) rushes with the ball against the Washington Redskins during the second half at MetLife Stadium in East Rutherford, N.J., on Dec 31, 2017. (Vincent Carchietta-USA TODAY Sports via Reuters)
NFL

The 29-year-old was transferred to a hospital with non-life-threatening injuries after the accident, which occurred about 35 miles outside Washington in Loudoun County, Virginia.

A spokeswoman for the Loudoun County Sheriff’s Office said the incident was still under investigation and it was too soon to say whether any charges would be filed.

“Our thoughts and prayers are with everyone who has been affected by this tragedy,” the Washington Football Team said in a statement. “Our team has alerted the league office and is working with local authorities as we continue to gather more information.”

Everett’s management agency did not immediately respond to a request for comment.