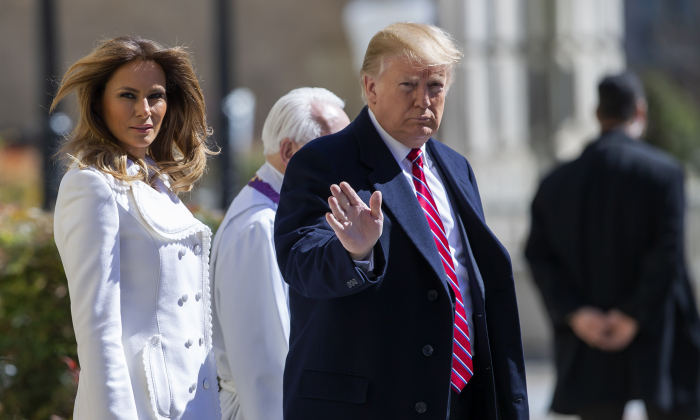 The Washington state Senate passed legislation on March 12 that would block President Donald Trump from the state ballot in the 2020 presidential election unless he releases his tax returns.

Washington state senators voted 28-21 to advance the bill to the state’s House of Representatives, according to CBS News. The legislation would require candidates in the 2020 election to release five years of tax returns in order to appear on primary or general election ballots. The bill also directs Washington’s secretary of state to make the returns public.

The move is specifically targeting Trump, according to its sponsor, State Sen. Patty Kuderer (D). Trump exercised a legal right to keep his tax returns private during the 2016 election.

“Although releasing tax returns has been the norm for about the last 40 years in presidential elections, unfortunately, we’ve seen that norm broken,” Kuderer said, according to CBS News. She confirmed later that she was referring to Trump in the statement.

Kuderer’s bill applies only to candidates for president and vice president. She said the measure is important because voters want to know how a candidate handled his or her finances.

Presidents usually release their tax returns either before the election or after winning. Trump explained that his returns cannot be released since they are being audited.

Every American citizen has a right to keep his or her tax returns private. Returns can only be released with approval from the commissioner of the IRS.

The Washington state bill would likely be challenged in court if it becomes law. Republicans have said that any attempt to force Trump to release his tax returns would be unlawful.

According to the National Conference of State Legislatures, at least 25 states have proposed similar bills in recent years. The Supreme Court has ruled that states cannot tack on to the requirements for senators and representatives stated in the Constitution.

Washington state Attorney General Bob Ferguson and state Solicitor General Noah Purcell told the sponsors of the bill that it would likely be constitutional but warned that it’s open to to legal challenges because of the wide range of interpretations of the law.

Critics cautioned that the legal fight could be costly.

“We’re on really risky ground when we’re trying to place conditions on a federal election,” said Sen. Hans Zeiger (R), according to CBS.

Republican New Jersey Gov. Chris Christie vetoed a similar measure in 2017, calling it a political stunt. New Jersey’s Democratic lawmakers are attempting to pass the measure again this year, according to The Hill. The state’s Democrat-controlled Senate passed a bill in February that would require 2020 candidates to release their tax returns. The bill would still need to be approved by the state assembly and signed by Gov. Phil Murphy (D) before becoming law.

Before the midterm election in 2018, Democrats in the U.S. House of Representatives promised to demand Trump’s tax returns as their first order of business. But Ways and Means Committee Chairman Richard Neal (D-Mass.)—the one person with the power to demand the returns—still says he has no timeline for issuing the request.