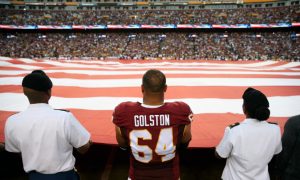 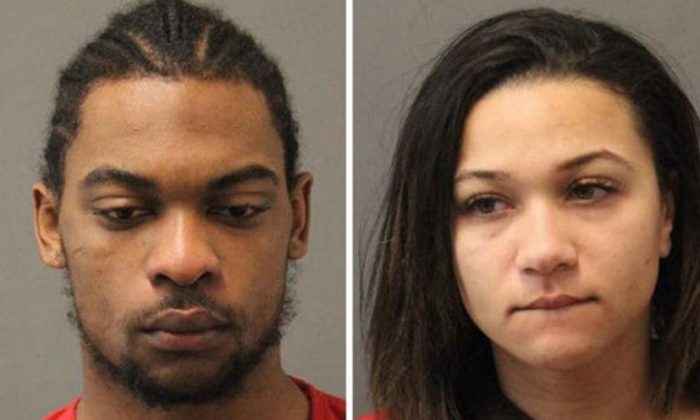 Professional football player Montae Nicholson and his girlfriend were arrested on Dec. 18 after allegedly assaulting two people in Virginia.

Nicholson, 23, and Sydney Maggiore, 24, were in a vehicle when they began honking their horn at another couple at about 2 a.m.

The victims called Loudoun County Sheriff deputies to the scene and deputies said Nicholson and Maggiore returned to the area while investigators were taking statements from the other couple.

Nicholson, a safety for the Washington Redskins, and Maggiore were each charged with assault and battery and being drunk in public, reported Fox 5.

Maggiore was also charged with malicious wounding and assault and battery and was denied bond.

Nicholson was held after not posting a $2,500 bond.

The victims were taken to a nearby hospital for nonlife-threatening injuries.

“We are aware of the arrest of Montae Nicholson. We are gathering more information and will not comment until we have further details,” a Redskins spokesman told ESPN.

Nicholson was chosen by the team in its fourth-round pick in 2017 and started the first seven games for the team this season, but had fallen out of the rotation.

Former NFL offensive lineman Bill Fralic, who was named to the Pro Bowl four times and was a two-time All-Pro selection, died at the age of 56 in mid-December.

“Bill is truly one of the iconic figures in the history of Pitt Athletics,” University of Pittsburgh athletic director Heather Lyke said. “He set a tremendous standard for our current generation of student-athletes, not only as an athlete but also for what he went on to accomplish once his playing days concluded.”

Fralic was known for being an anti-steroid advocate. In May 1989, he testified before the U.S. Senate, saying that steroid usage in the NFL is commonplace, and he also advocated for random drug testing.

Former Vice President Joe Biden, then a U.S. senator from Delaware, said his Senate testimony was “refreshing and believable,” reported the Atlanta Journal-Constitution.

In a 1990 Sports Illustrated story, “We can clean it up,” detailed Fralic’s steroid use, describing the weight room culture in college and in the NFL.  “Everybody else is doing them,” he said, reported the Post-Gazette. “If I want to be a player, I’ve got to do them.”

“You’ve got to do something about steroids. They’re a huge problem in this league,” he also told former NFL Commissioner Pete Rozelle at the time.

Fralic said that at the time, 75 percent of lineman, tight ends, and linebackers in the league used steroids, according to the Post-Gazette.

He also previously made comments about potential brain trauma caused by collisions sustained while playing in the NFL.